Using an internal combustion vehicle as the pace car for a global electric car racing series would be a non-starter, so BMW has stepped up with a new track-ready – and visually stunning – version of its flagship electric i8 sports car to lead the 2015/16 FIA Formula E race cars in each of the season’s 11 meetings in 10 countries. The futuristic i8, delivering the equivalent of 112 miles per US gallon when driven at less-than-racing speeds, returns as pace car for the series’ second season. The Bavarian automaker, in its capacity as Formula E’s vehicle partner, has also added for official use a pair of BMW C Evolution electric scooters and an X5 xDrive40e plug-in hybrid tall wagon. 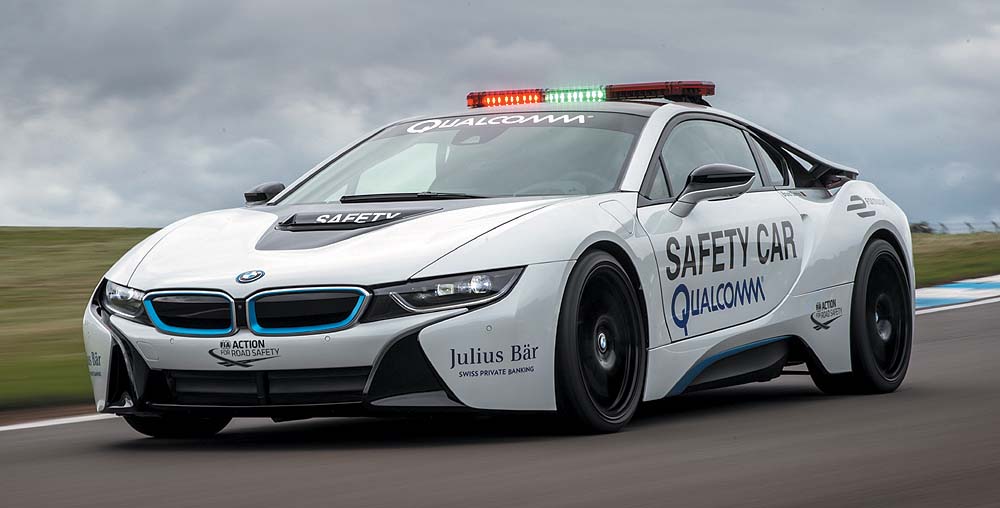 To be the pace car in an electric race series, BMW built an all-electric version of the i8, which is normally a gas-electric hybrid – to match.