In Europe, BMW, Mercedes-Benz parent Daimler, Ford and Volkswagen Group including Audi and Porsche have agreed to create a high-powered electric-vehicle charging network. The goal is to establish a quick build-up of stations to allow long-range travel for battery-electric vehicles (BEVs), which the companies call an important step toward facilitating mass-market BEV adoption. An initial target of about 400 sites across Europe is planned, but ‘by 2020 customers should have access to thousands of high-powered charging points,’ the automakers said in a statement. ‘The charging experience is expected to evolve to be as convenient as refueling at conventional gas stations.’ BEVs will be able to recharge ‘in a fraction of the time’ of today’s electrics. 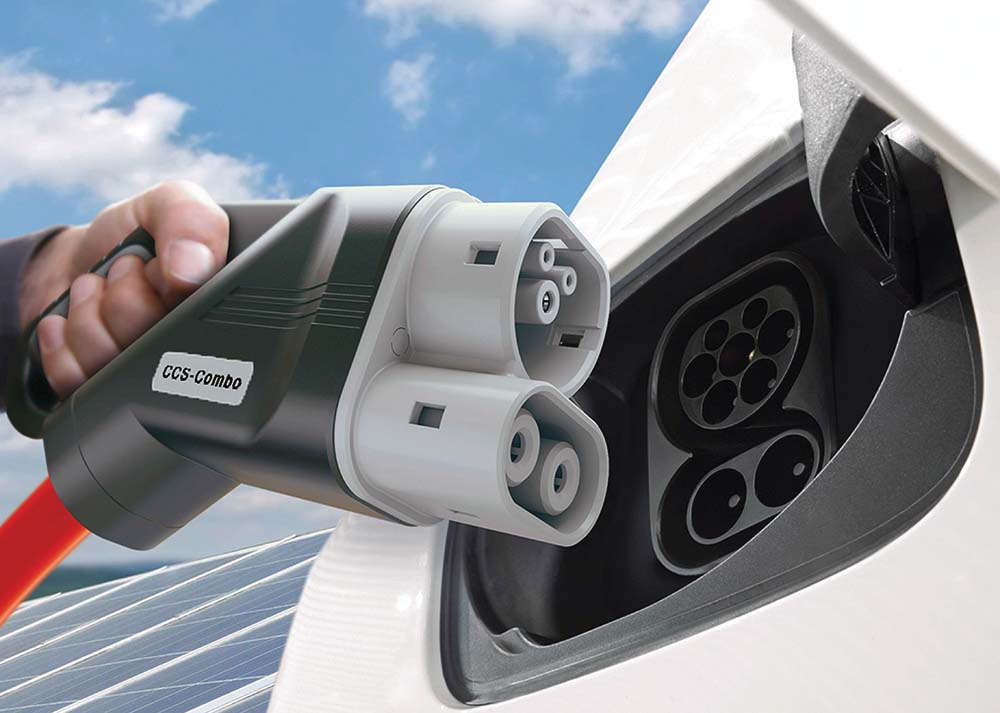 Evolution of CCS charging technology for e-cars towards 350 kW

Automakers in Europe have agreed to build a continent-wide charging infrastructure with about 400 stations, just to start.