Sold only in small numbers in a handful of select markets, the 2016 Ford Focus Electric, now in its fifth model year, remains the only battery-electric car sold by Ford anywhere in the world. The company’s most energy-efficient car has changed little over those years, notes alternate-vehicle Web site Green Car Reports. The compact five-door hatchback is an adaption of the gasoline model, built on the same assembly line in Michigan as all other North American Focus models. Initially distinguished by a unique grille design, a 2015 restyle of the gasoline Focus gave the entire lineup the same look. Its immediate competition includes the Nissan Leaf and the Volkswagen e-Golf, both plug-in battery-electrics. 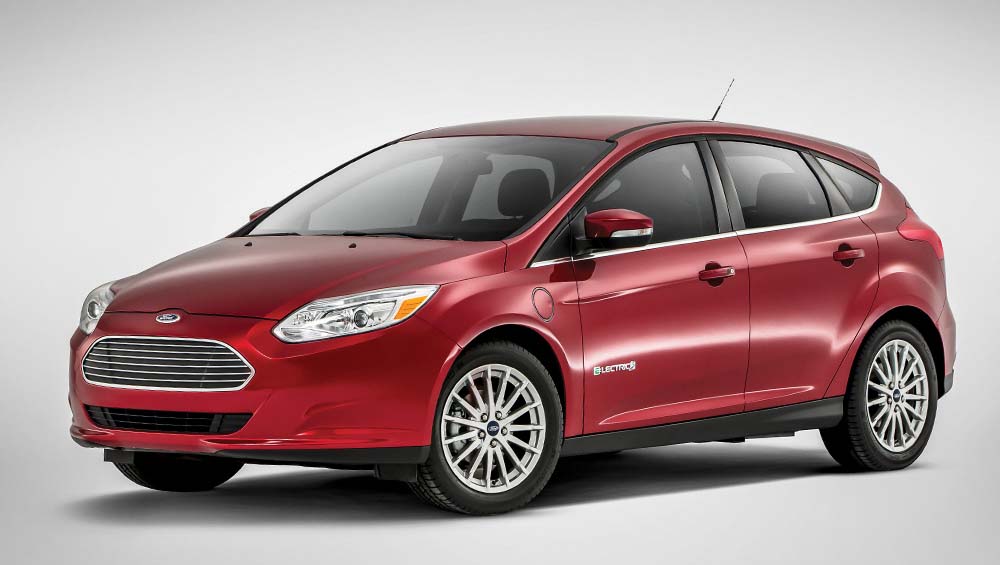 The battery electric Focus remains the only such Ford model sold anywhere in the world. (PHOTO: FORD)