While it adds a new compressed-natural-gas model to the lineup, the 2015 Chevrolet Impala drops the optional mild hybrid system it offered last year, replacing it with a standard stop-start system, says car-research Web site The Car Connection. This means the 2015 Impala will not be offered with the Eco edition, which paired the 2.4-liter four-cylinder gasoline engine with a simple assist hybrid system that was unable to work in electric-only mode. The addition of stop-start makes the base engine “slightly more efficient.” Stop-start will not be offered (yet) on V6-powered Impalas. Standard on all four-cylinder Impalas, stop-start helps improve fuel economy by one mpg, city, which results in official fuel economy estimates of 22 mpg in the city and 31 on the highway. 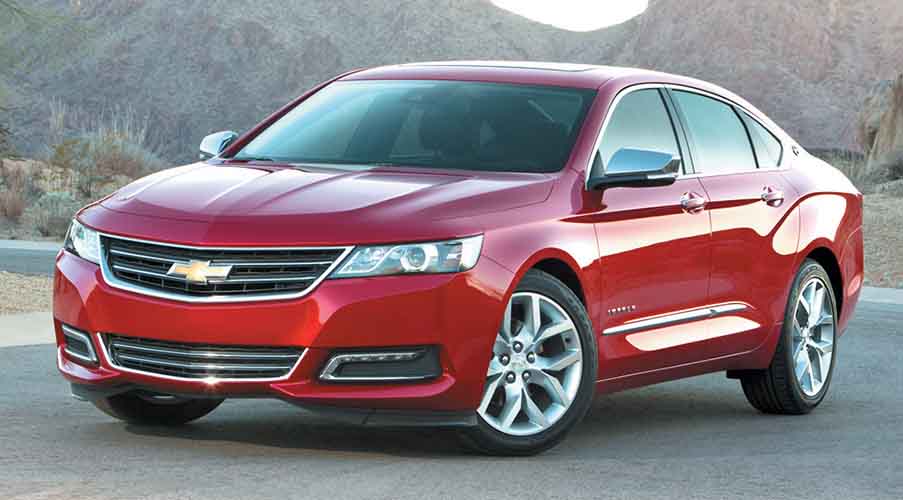 The Impala will give up its optional “mild” hybrid model but four-cylinder models will get start-stop technology.