California upstart Tesla plans to open 30 new stores across Europe and bring its network of electric vehicle “Superchargers” to where customers can drive anywhere in Europe and be within range of a charging station. Said founder Elon Musk: “By the end of this year, we expect you will be able to travel almost anywhere in Europe using only (our) Superchargers.” The move to expand in Europe isn’t entirely surprising, reports The Car Connection auto news Web site; Tesla has been a big seller in parts of Europe. It has also begun building a network of Supercharger stations in the United States, but because of the country’s vastness it’s not nearly as concentrated yet as it is in Europe. 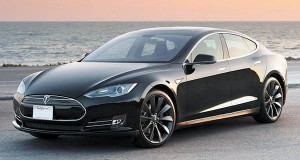 Rather than relying on others to put in charging stations, Tesla is building its own special infrastructure for its customers.