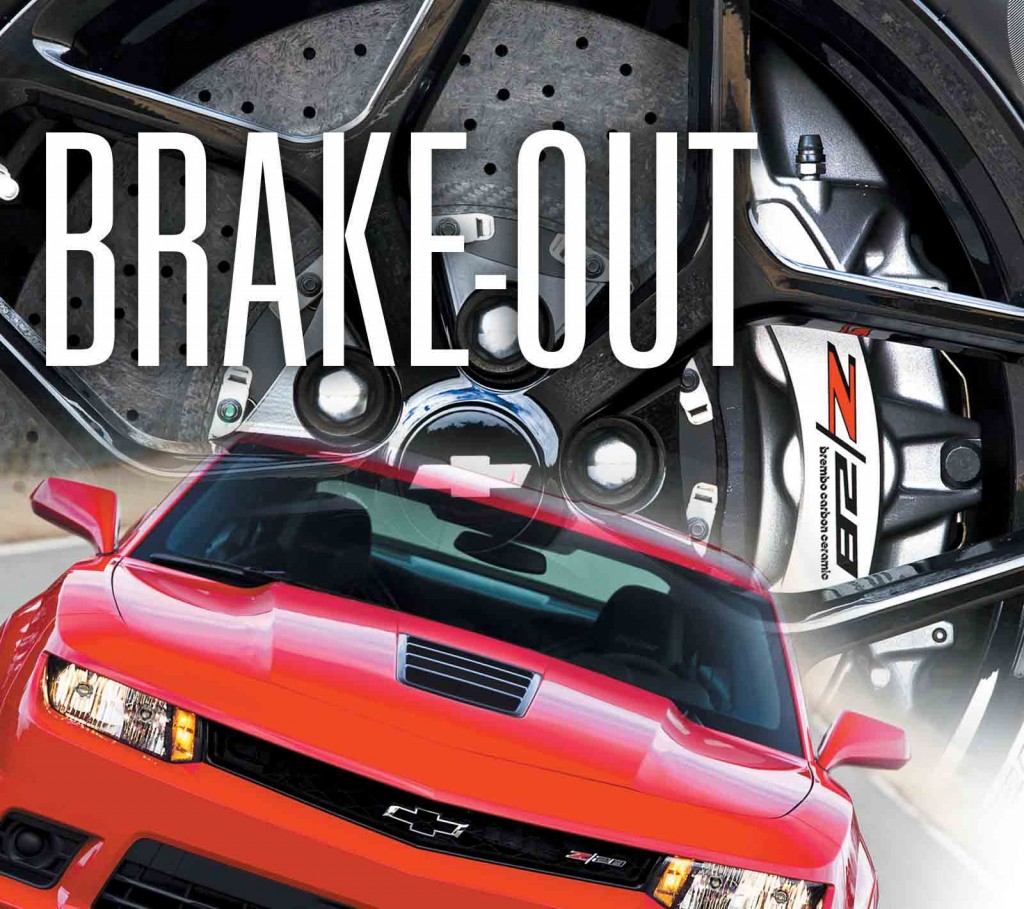 Once the domain of the best Ferrari road car, carbon-ceramic brakes are finding a home in more humble machinery. Here’s why.

Imagine taking your family car in for a brake job and being handed a bill for $30,000.

Hardy har-har, it must be a joke, right? Well, if your family car happens to be a new Chevrolet Camaro Z/28, that’s not a joke, although the standard Brembo carbon-ceramic brake system will likely never wear out, so you can use your $30,000 for something else. But the cost shows what lengths automakers are willing to go to in the search of ultimate performance.

The brake system is one of the reasons the racetrack-capable Z/28 costs about $75,000, which is close to 20 grand more than the more powerful Camaro ZL1 model without carbon-ceramic brakes.

The first road car to use such a system was the 2002-’04 Ferrari Enzo, said Luca Battistella from Brembo in Italy in telephone interview.

“We’ve always been partners with Ferrari because of Formula One (racing),” which of course is where carbon-ceramic brake technology was derived.

The Enzo was conceived more than a decade ago and it listed for about $660,000. How and why a similar system can now be found on a Chevy costing a mere fraction of the Enzo’s price has everything to do with ultimate performance but not necessarily anything to do with lessening cost over time, as you can tell.

Nevertheless, there is a trickle-down effect. Sort of. From the Enzo, carbon-ceramic systems moved to other less-expensive Ferrari models and other brands, such as Jaguar and Aston-Martin, and eventually to the Chevrolet Corvette and now the Camaro Z/28. Initially, there were a mere 400 Ferrari Eznos wearing carbon-ceramic brakes, but Brembo says there are now about 20,000 cars from different automakers at different pricepoints outfitted with the technology.

So, here we are, left with plenty of questions about why carbon-ceramic technology costs so much, why it’s better than conventional brake systems and whether there’s any chance that one day the stuff will be standard equipment on your family car.

MOST GOOD THINGS IN LIFE COME FROM RACING, RIGHT?

The primary difference between racing brakes and road-going brakes that both use carbon technology is in the materials, which is determined by the use. Carbon racing brakes use rotors made up of layers of carbon-fiber mesh sandwiched together. Nearly indestructible under racing conditions and much lighter than standard iron rotors, they can’t be used in a road car because they’re designed for racing speeds and narrow/specific heat range. That means they don’t work when they’re cold. At all. According to Brembo, it also takes about six months to make each competition rotor, so production on any real scale is out of the question, anyway.

The adaptation of this technology for the street led to the creation of carbon-ceramic where the rotors are instead molded from chopped carbon fiber and then machined into the finished product. Think of it as sort of a chocolate cake mix, said Battistella.

Production time is much less per rotor – about a week –  the cost is less and more importantly they have driving characteristics similar to that of conventional iron rotors.

1) “They (the rotors) weigh roughly 50 percent less than same size in iron,” said Alberto Ferrari, also of Brembo in Italy. Less weight, especially rotating mass, aids everything from acceleration, turning and stopping, to fuel economy.
2) Brembo says its important to remember that one of the key benefits of carbon-ceramic is the extended life of the rotors. For the Z/28 most customers will never have to replace their rotors, unless they are using the car exclusively for track use.
During development testing, the rotors have been replaced once for every 30 sets of pads. That’s durable, alright, which is good since each rotor costs $2,410 to replace. Pads are $800 per “corner,” or $3,200 for the set.
3) Sheer performance in terms of reliable and repeatable braking control. Simple.

BUT HOW ABOUT THE REST OF US?

Although carbon-ceramic is more widely available and performs better than iron rotors typical of the average family car, Brembo says not to expect the technology to trickle down into more common vehicles. Although the cost has dropped since the days of the Ferrari Enzo, “the structure of the material and the cost are not for high volume,” said Battistella.
As well, carbon-ceramic rotors need to be of a large diameter to work properly and actually won’t fit within the confines of the relatively small wheels of the average production car.
But Brembo is working on a new high-performance system that blends the attributes of the racing carbon brakes and the road-going carbon-ceramic systems. “It’s a totally new system,” said Battistella.

Oh well. For normal people, at least for the foreseeable future, iron will just have to do.

Jeff Melnychuk is Wheelbase Media’s managing editor. You can reach Wheelbase on the Web at www.theoctanelounge.com by clicking the contact link. Wheelbase supplies automotive news and features to newspapers and Web sites across North America. 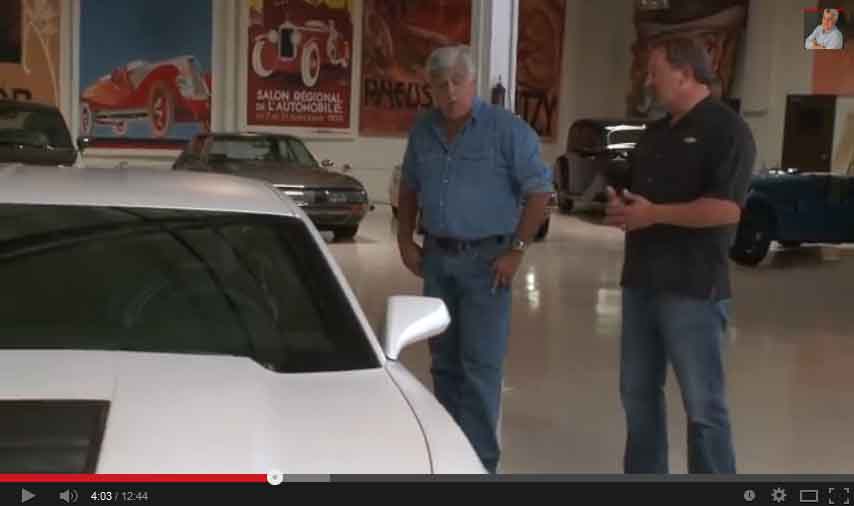 The Z/28 is a road-going Camaro that’s designed for weekend fun at the racetrack. Brembo says the carbon-ceramic brakes are far from cheap – about $30,000 for a full brake job if they ever wore out – but that they should last the life of the car unless it’s being used exclusively for track duty. 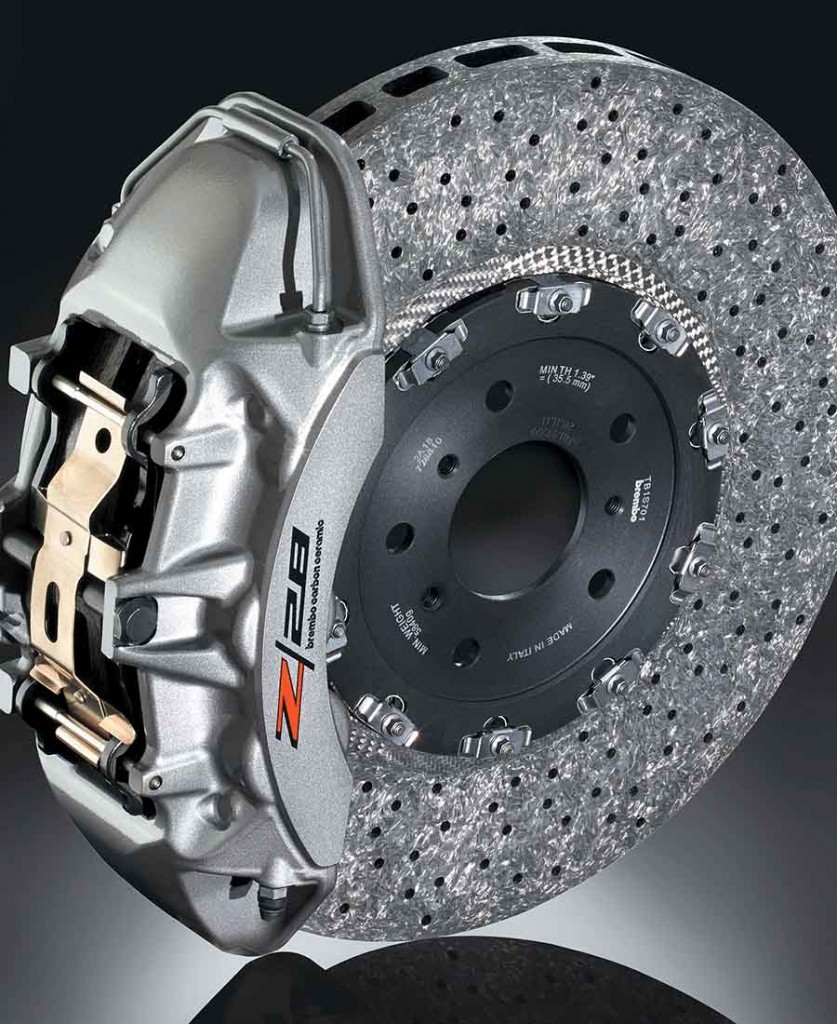 Carbon-ceramic is what Brembo engineers refer to as chopped carbon fibre that ends up in a mold under pressure. They say to think of it like a chocolate cake mix. The result is about half the weight of equivalent-sized iron rotors. It’s also more durable in extreme conditions.

The 2002-’04 Ferrari Enzo was the first road-going application of Brembo’s carbon-ceramic brake technology. Since then, many other automaker use it, such as Audi, Aston-Martin and Jaguar.