OK, who’s spending the night in the slammer?

DIRT ON GARRY
That bullet has nothing to do with this story except that while on one of his record runs around the world, his vehicle was riddled with rebel gunfire in Kenya.

I get the call that he’s going to be way late.

World record holder Garry Sowerby is all about beating the clock, but today he’s an hour behind to drop off the test car. And here’s why.

“Listen to this,” he says over a poor cell connection. Eh? It sounds like two guys fighting with chain saws on the other end.

“Well, how do you like the sound of that engine?” he says.

If you were here, it would be me going through the gears and not you, Mr. Garry, with two R’s in his first name.

It’s times like these that really make this job extra fun. The TT-RS shows up with Garry ripping up and down the street a few times to show off how good/loud it sounds. Kinda funny, actually.

“What are you, like, 16? Just get your licence or something?”

He’s giddy. The neighbours haven’t called the cops yet, so that’s good.

“Sign here,” Garry says, and he grabs his Obusforme back-rest thingie and his detailing kit and races off to places unknown with my test car from last week.

The Audi TT-RS, at the end of its life in the press fleet but still found at the odd dealership, arrives here just when the first order of business is shuttling some stuff around town. It’s a hatchback after all, and justifying the kind of cash layout – $68,000 or so as a 2013 model – for this machine has to take into account “stuff” that has nothing to do with its 360-horsepower turbocharged five-cylinder engine. I move three full loads across town in very rapid fashion. That engine does sound pretty good, like half a V10.

From a practicality perspective, it’s all-wheel-drive, so it can be used in the winter (unlike a Corvette) and the TT-RS holds shovels, axes, paint cans and bins of power tools with no problem. You can do that in a Corvette coupe, though, too, although more people would likely think you’re nuts.

The “RS” name is attached to Audi’s best-of-series models. The top in the A5 line for example is the RS 5. The top A7 model is the RS 7, and so on. The TT-RS is actually quick enough to beat the double-the-price 430-horsepower R8 supercar to 100 km-h. Compared with the regular TT, you’ll spy giant brake rotors behind giant wheels. There’s also a special fixed wing mounted to the hatchback. Otherwise, the TT-RS looks a lot like your garden-variety TT coupe and almost exactly like the TT with the S Line package. That’s either good or bad depending on how you look at it. For the extra $20,000 needed for the RS, you might want a little more visual distinction, but on the other hand, flying below the radar might just be your M.O., and knowing you have something special is better than flaunting it with racing stripes, coffee-can-sized tailpipes and loud paint.

The pluses are that it will likely lay a beating on a more-expensive Porsche Cayman S. On the downside, it probably doesn’t stand a chance against a new 2014 Corvette that costs about $10,000 less, which means the buying decision boils down to what it usually does: what you like. In this case, you have to like subtle and elegant things.

And I think I know what Garry likes.

HMMM: A bit plain; iffy visibility; value, depending on what your priority is (an A7 is only a few thousand more); ripped off the A5 wheels, which ripped them off the R8; TT-RS not made anymore. 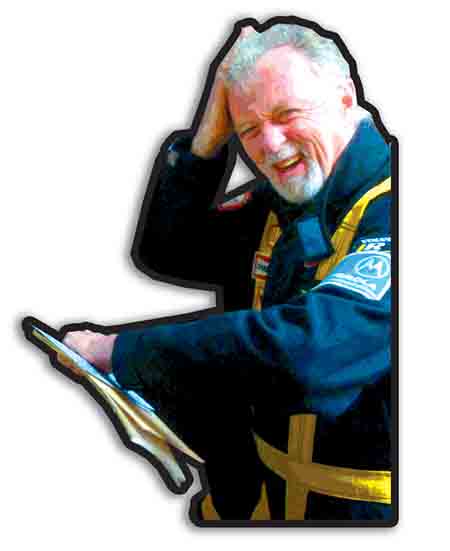 GARRY’S LINE OF THE WEEK
You know, you’re not fooling anyone by signing my name to the damage waiver. 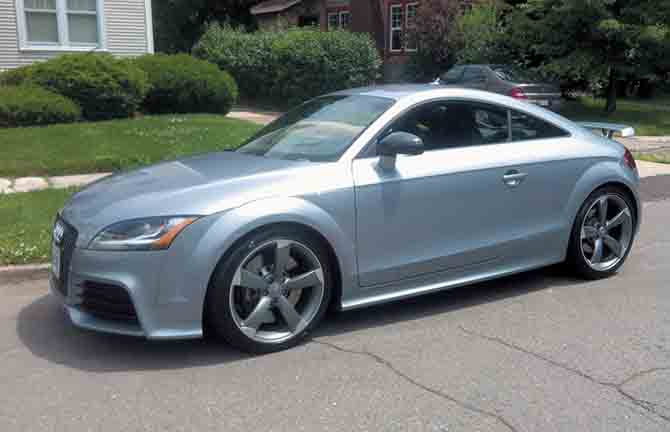 This paint color costs extra. No idea why. 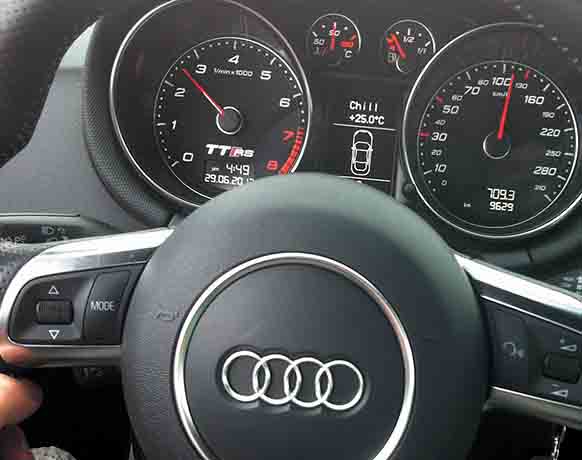 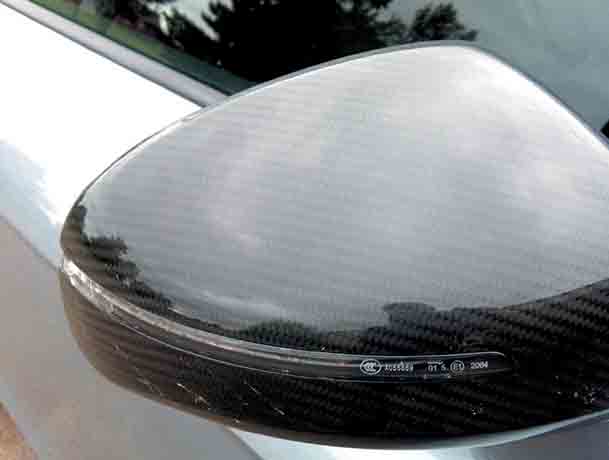 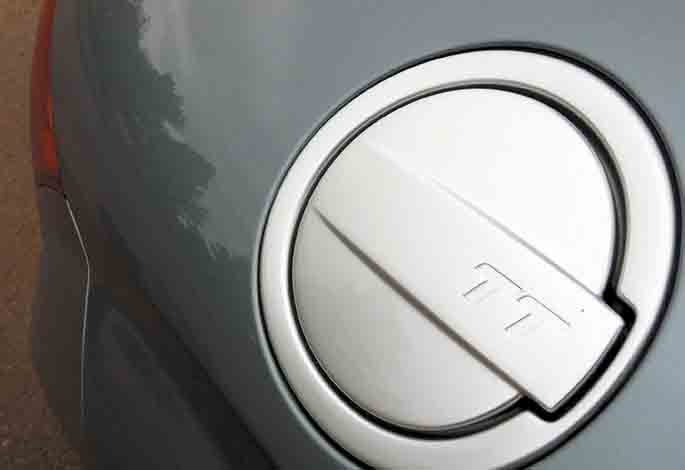 Just to make sure that you’re putting premium gas in the correct car. 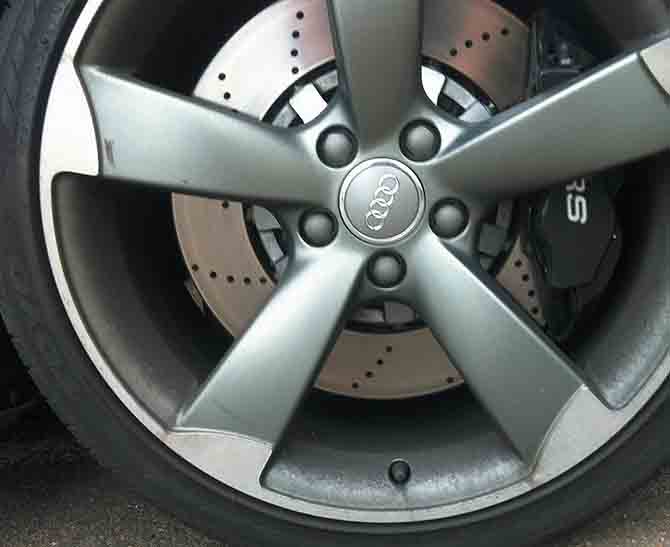 Shared wheels with other Audis? Meh.