The same “cloud” technology can also be used in automobiles with new operating software being automatically downloaded to add new buttons and features to your touch screen.

For music, there will be a time where you won’t need to bring your iPod/iPhone along as the car will connect with the “cloud” and stream your music selections, using an in-car interface that’s a lot like that of your i-device. Hey, why change something that works so well?

Whether you even like Apple, incorporating CarPlay is a smart first step since it better blends the most used electronic device outside the car (the iPhone) with the car itself in a way that people are used to using it. And it gets Apple’s foot in the door for more later on.

Sounds smarter and safer to me.  – Jeff 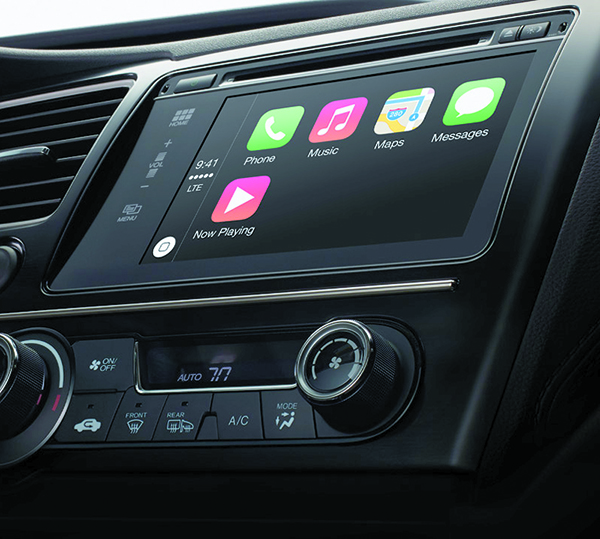 Does this look familiar? If it does, that’s exactly the point.