Although not unexpected, the Sleuth was nonetheless pleased to hear that Volkswagen’s compact minivan concept that was first shown in 2016 will enter production for the 2020 model year. The Microbus’s drive system will consist of two electric motors and a lithium-ion battery pack that will produce the equivalent of 369 horsepower. VW states that the Microbus will have a range of up to 270 miles, which should be acceptable for most folks for commuting and errand running. Perhaps the van’s biggest advantage is that it will be set up to operate autonomously. The Spy Guy hopes that the I.D. Buzz’s high-style living-room-style interior and panoramic glass roof make it to the production Microbus. 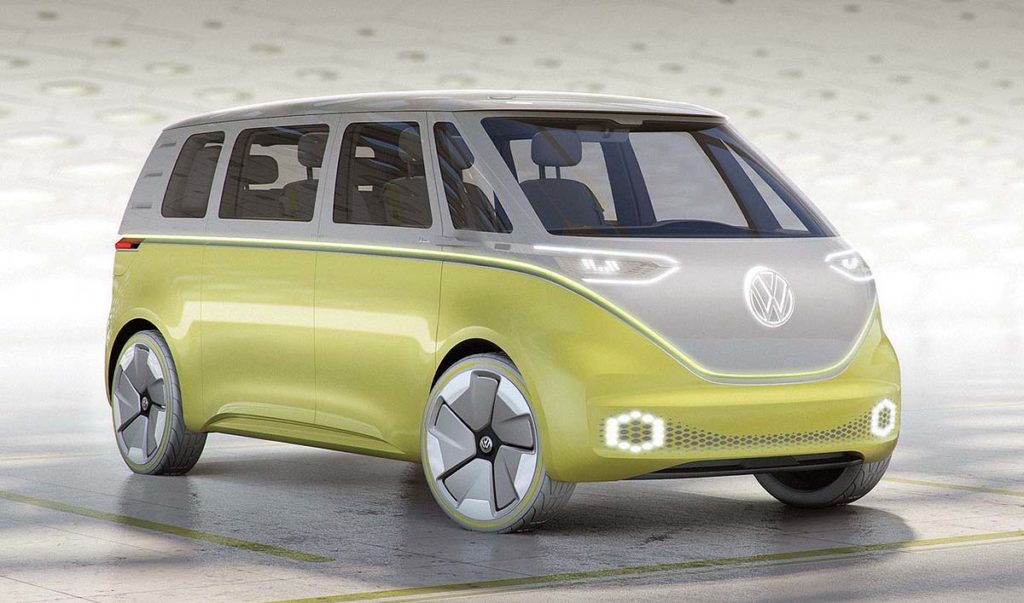 Volkswagen will build a production version of the I.D. Buzz concept electric vehicle and will name it the Microbus. (PHOTO: VOLKSWAGEN)