One of The Sleuth’s juicier tidbits concerns Volkswagen’s interest in bringing the Skoda brand to North America. Skoda was founded in Czechoslovakia (now the Czech Republic and Slovakia) back in 1895 and was acquired by VW in 1991. With U.S. VW sales having slowed recently due to the diesel-emissions scandal, the automaker is considering a trio of Skoda vehicles for its dealers to sell. They include the Superb sedan, Octavia hatchback and wagon and the Yeti all-wheel-drive tall wagon. All three are popular in Europe and elsewhere and generally sell for less money than their German-made counterparts. That would likely be the case on this side of the ocean as well. Volkswagen recently trademarked Skoda’s brands with the U.S. Patent Office, leading The Spy Guy to believe that their introduction here could come sooner rather than later. 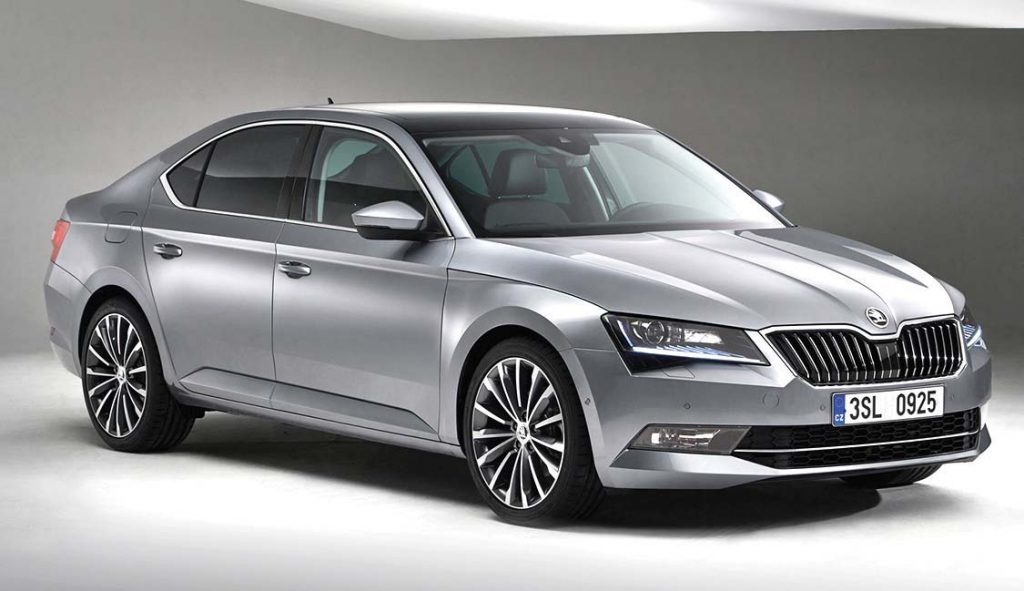 Skoda’s offerings include this sedan, called the Superb. The Sleuth hears that VW might get creative and bring some Skodas to North America. (PHOTO: SKODA)