To The Sleuth’s private eyes, it seems that the sleeping Swedish giant has finally awakened and is running on all fours (cylinders, that is). Following the recent all-new XC90 tall wagon launch, The Spy Guy has scoped out Volvo’s 2017-model-year replacement for the S80 flagship sedan. The S90 is exceptional in its design and has enough quirkiness under the hood to help catch some glances. The base T5 uses a turbocharged 240-horsepower 2.0-liter four-cylinder engine, while the 302-horsepower T6 uses the turbo for top-end power for the 2.0 along with a belt-driven supercharger to assist at lower engine revs. Lastly, the T8 plug-in hybrid adds an 87-horsepower electric-drive system to the rear wheels that increases the net output to 400 horsepower. There’s even more in store from Volvo as it completely revamps its lineup before the end of the decade. 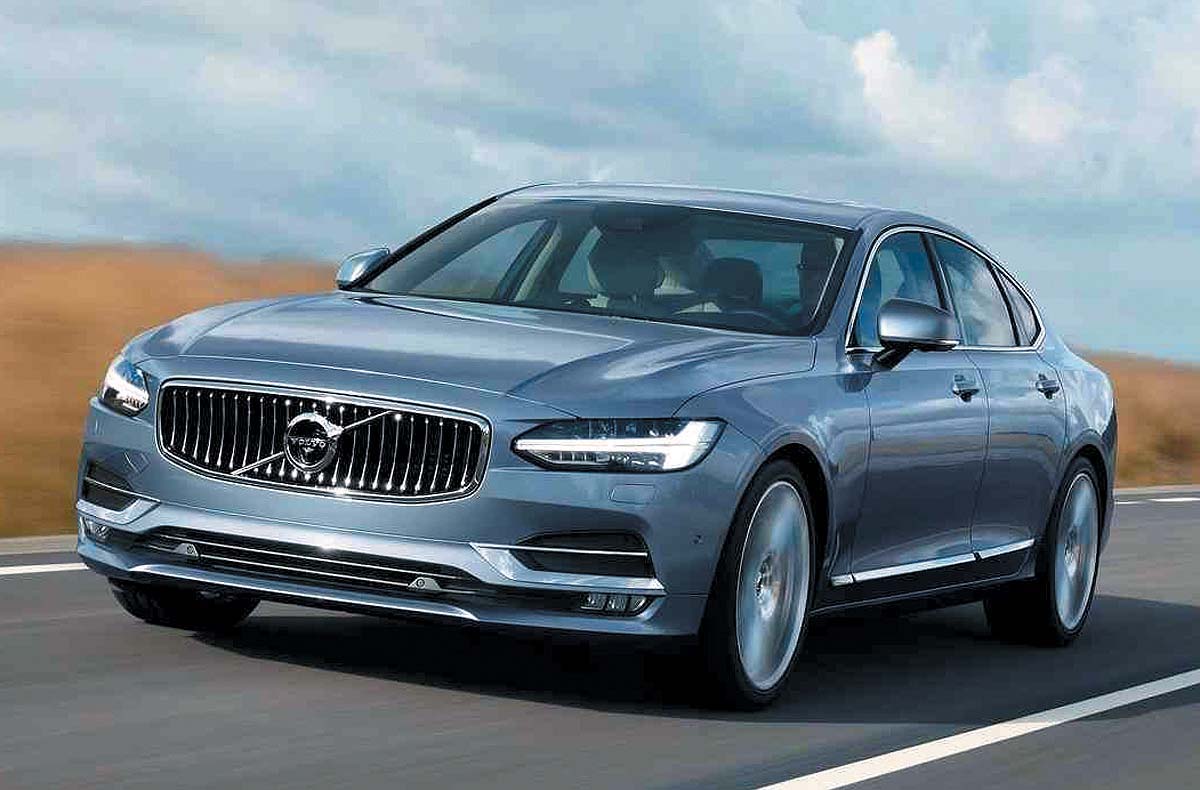 The new S90 will replace the current S80 with as much as 400 horsepower from the optional hybrid powertrain.