The ID Buzz has been in gestation ever since the pre-production version was revealed in 2017. Volkswagen recently displayed the real deal — the European real deal — which remains true to the original concept. The Euro ID Buzz will come with two rows of seats and it can accommodate five passengers. The North American model will get six more inches between the front and rear wheels and offer three rows of seats. It will arrive in the spring of 2023 for the 2024 model year. A 201-horsepower electric motor is positioned behind the rear wheels. A camper-van version called the ID California is also being planned, but it is not known whether it will have a pop-up roof like the VW Westfalias of old. 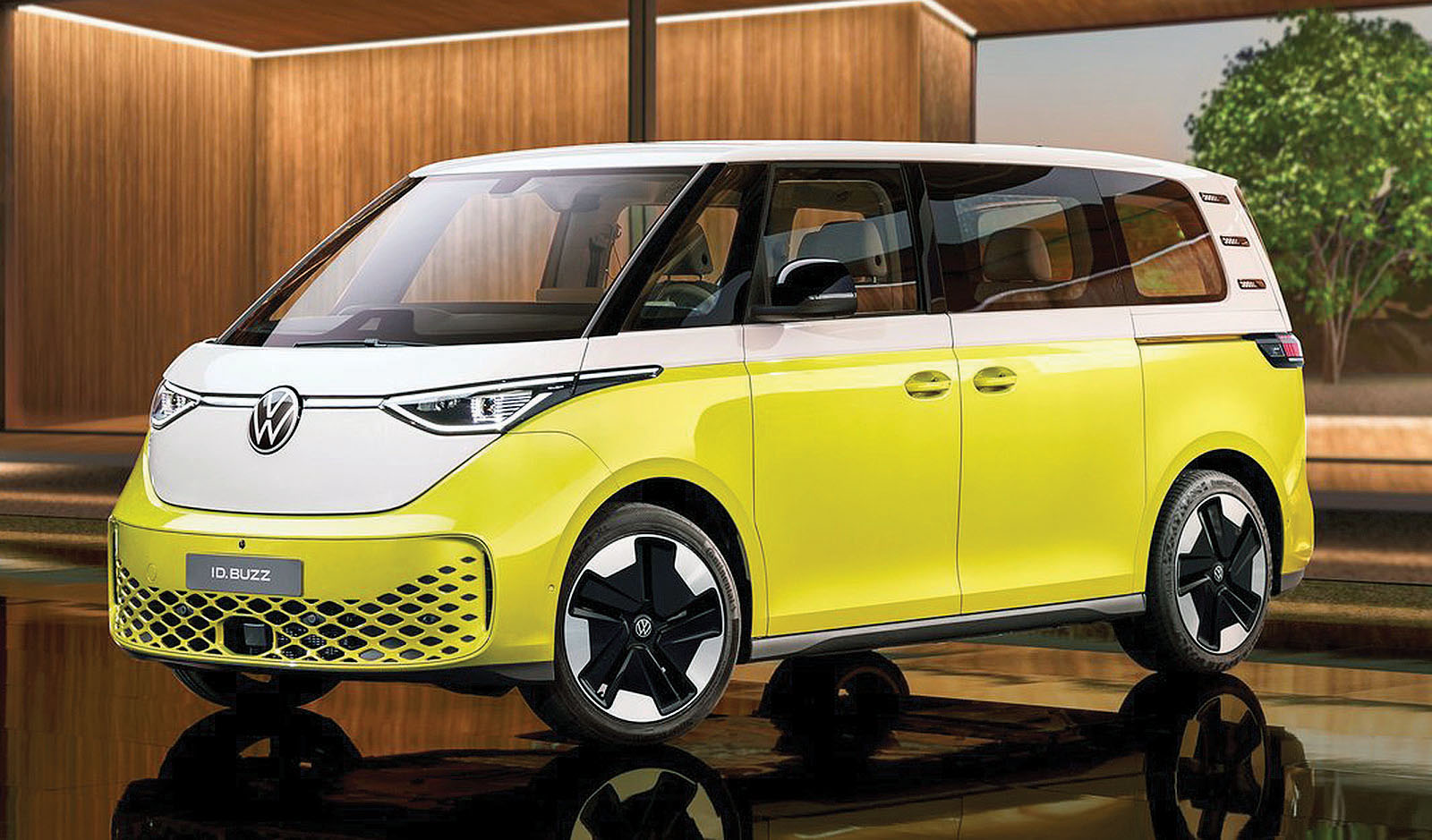 The Volkswagen ID Buzz has standard three-row seating (shorter European model pictured) and a 201-horsepower electric motor. It’s expected to arrive a year from now as a 2024 model.
PHOTO: VOLKSWAGEN

Lotus’s first utility vehicle is revealed, and it’s an electric: