The hot rumor on the street is that the automaker recently registered “4Active” for an upcoming compact utility vehicle with off-road capabilities. Speculation is that it will be based on the California-designed FT-4X concept that was unveiled with great fanfare at the 2017 New York International Auto Show. The funky and chunky all-wheel-drive vehicle — smaller than a Toyota RAV4 — features all sorts of clever gizmos, such as a mostly smoked glass hatch that opens upward, but can also be split in half with each side opening clam-shell-style. Then there’s the cargo floor that can slide outward for easy loading and unloading and also doubles as a table or workbench. There’s no word as to powertrain(s), but it’s reasonable to think that a hybrid system of some sort will be available. The 4Active is rumored to arrive sometime in 2021. 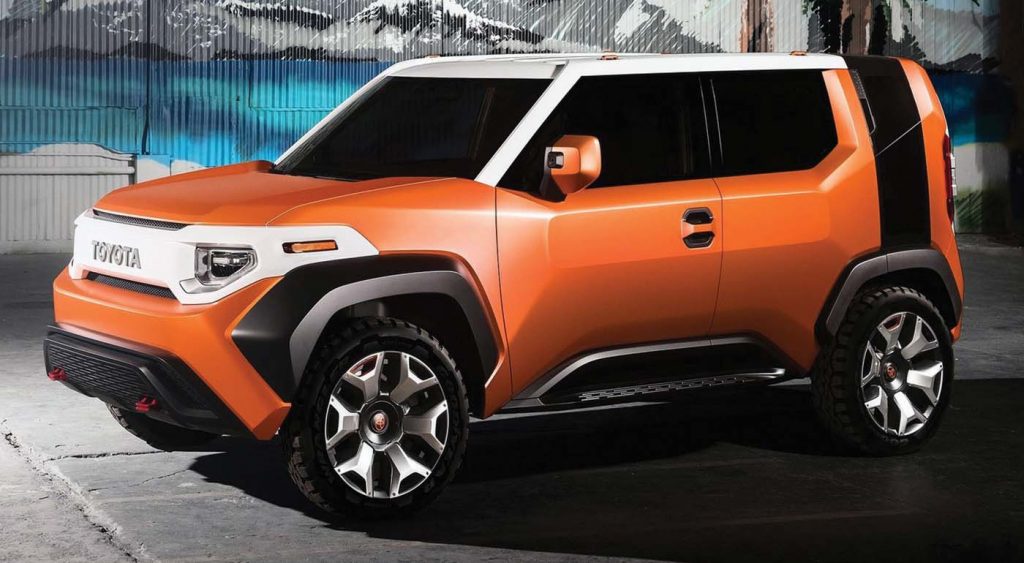 The new Toyota 4Active is rumored to be based on the FT-4X concept vehicle. That means the new ride will be smaller than the current RAV4. PHOTO: TOYOTA

The Hummer name returns, but wearing a GMC logo: