Toyota’s first North American EV is on the way:

The automaker known for its decades-long hybrid-vehicle history with the Prius will introduce several battery-electrics under the bZ brand. First up is the 2023 bZ4X hatchback wagon that’s scheduled to arrive by mid-2022, and is about the same size as the Toyota RAV4. The base bZ4X gets front-wheel-drive and a 201-horsepower motor connected to a 64.0-kilowatt-hour battery pack. A two-motor all-wheel-drive version with a net output of 215 horsepower will also be available. Maximum range is estimated at 230 miles. Pricing hasn’t been confirmed, but The Sleuth believes that somewhere in the upper-$30,000 to low-$40,000 range is likely. Speculation is that Toyota’s follow-up electric will be a Tacoma-sized pickup. 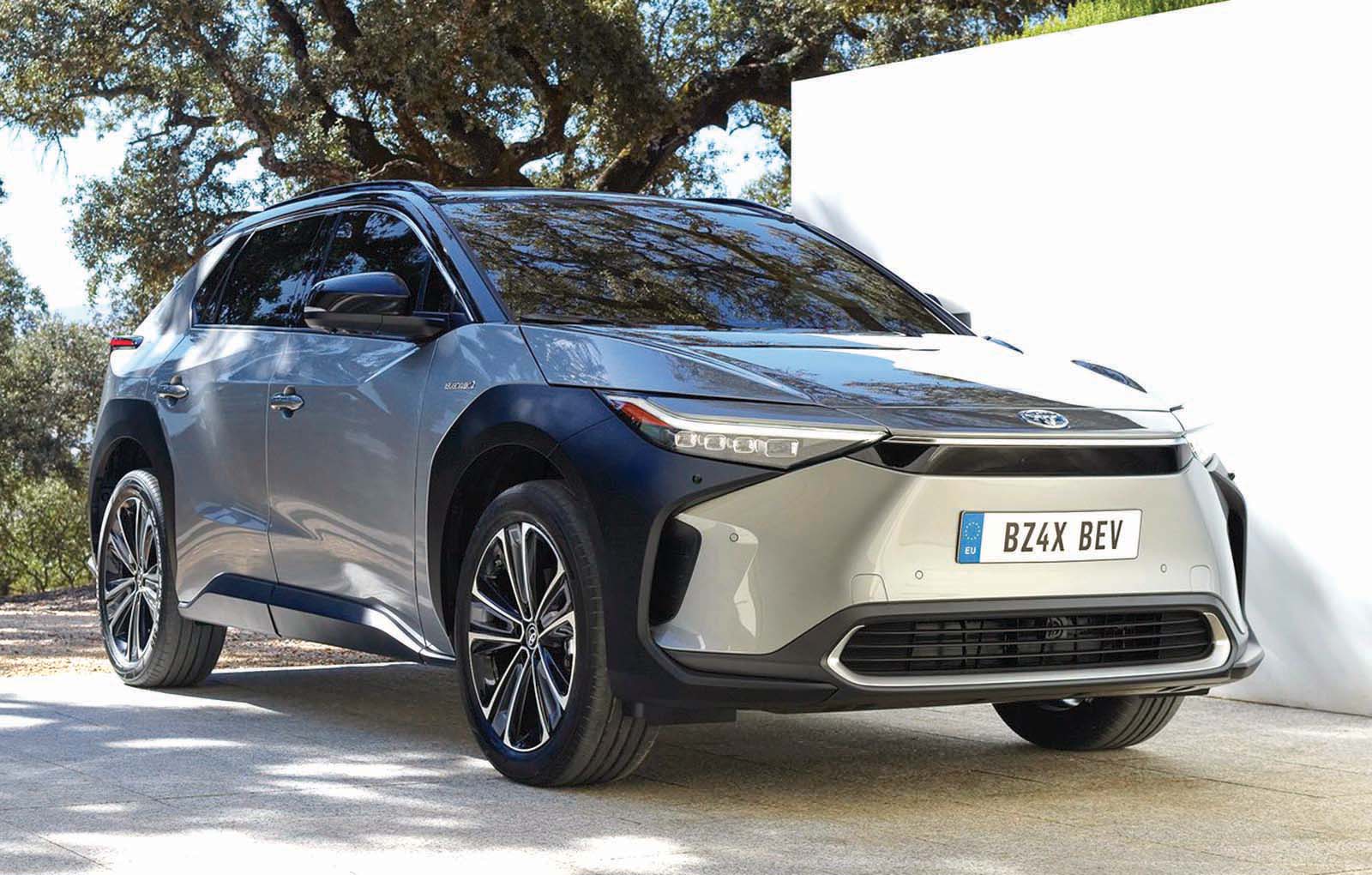 The Toyota bZ4X electric vehicle will be available in front- and all-wheel-drive. The range between charges is estimated at 230 miles. PHOTO: TOYOTA

Toyota’s first North American EV is on the way:

The design of the 2022 Land Rover Range Rover is sleek and simple:

The Ranger gets a significant makeover for 2023: