What a difference a couple of years can make for Buick as by 2018 the lineup will be significantly different that it was in 2015. Model-year 2016 saw the arrival of the new Cascada convertible and mid-size Envision tall wagon. They were followed by a redesigned LaCrosse full-size sedan and the revised Encore compact wagon for 2017. For this coming model year, there will be a redesigned full-size Enclave wagon, a new Regal Sportback hatchback, Regal TourX wagon and a redesigned Regal GS sedan. The GS’s arrival is surprising since it was assumed that Buick was shifting away from sedans, including the Verano that was canceled in 2016. Unlike the Sportback and TourX that will each use a turbocharged 250-horsepower four-cylinder engine, the GS will join with the LaCrosse in providing a 3.6-liter V-6 as the sole powerplant. Both will also make all-wheel-drive optional, but the Regal’s nine-speed automatic transmission differs from the LaCrosse’s eight-speed shifter. 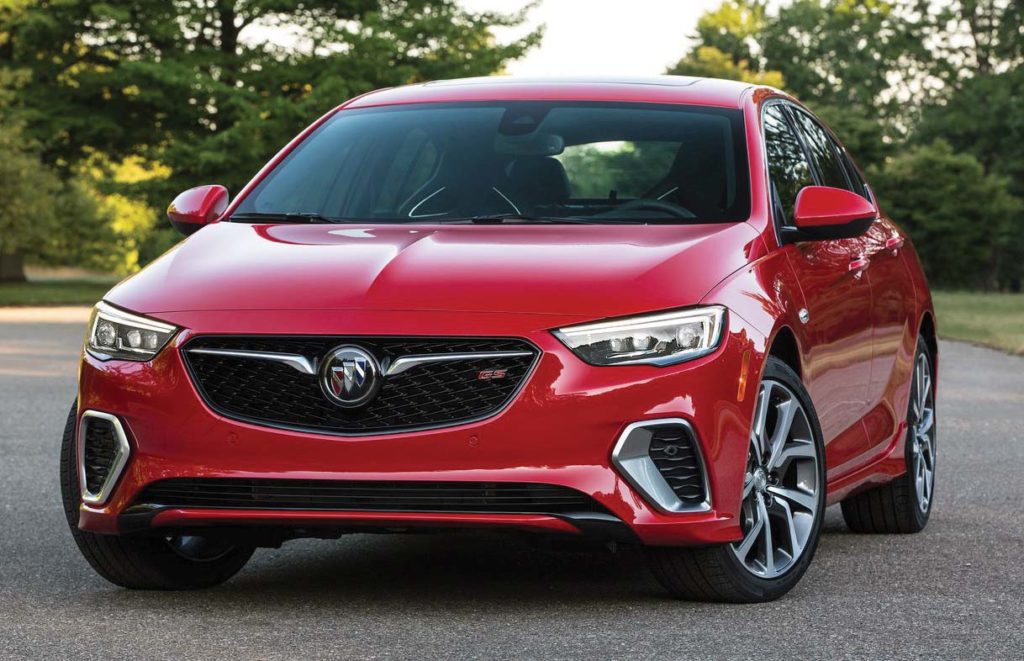 The redesigned Buick Regal GS rounds out a lineup that is almost entirely different from what was available a couple of years ago. (PHOTO: GENERAL MOTORS)