Intel reaching The Spy Guy suggests that Infiniti’s answer to the Mercedes-Benz GLS, Cadillac Escalade and Lexus LX will continue to run with the same 400-horsepower V-8 used by the current QX80. That means the eight-passenger wagon, which will be based on the QX80 Monograph concept, is not quite as new as it looks. Rumors persist, however, that the Nissan Armada-based big rig will eventually get the twin-turbocharged 3.0-liter V-6 that’s found in other Infiniti models. It’s also rated at 400 horsepower, but makes more torque than the non-turbo V-8. Another possibly is a hybrid powertrain using the V-6 that will crank out an estimated 500 horsepower. 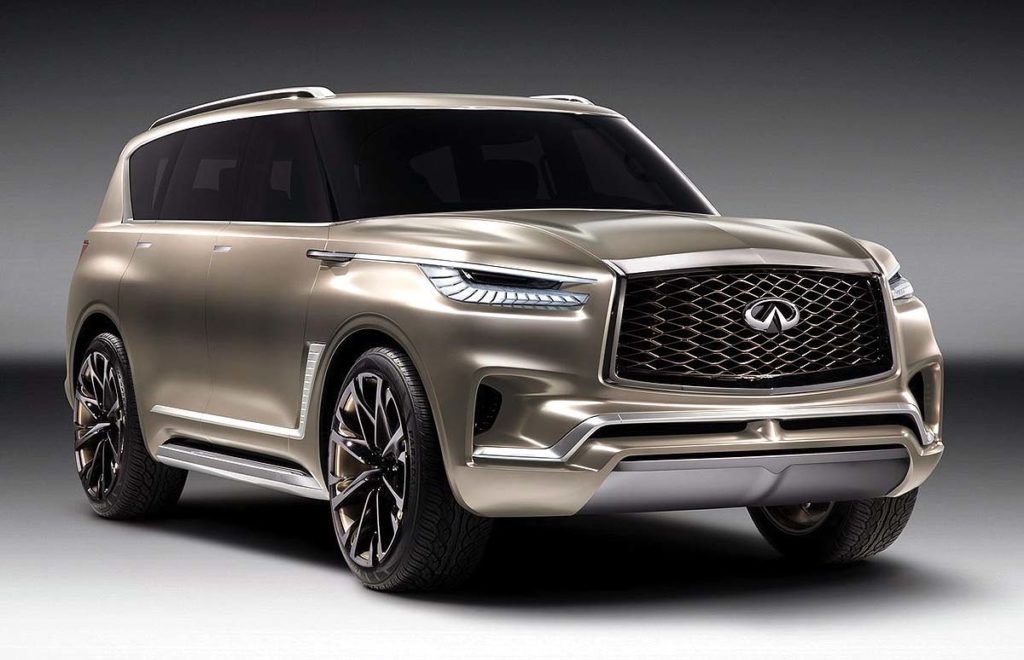 The revised Infiniti QX80 looks much different than before, but not in the powertrain department. At least not yet. (PHOTO: INFINITI)