The full-size utility-style EV9 electric vehicle is only in concept form, but Kia now says it should be heading to market in mid-2023, likely as a 2024 model. Kia further states the range target for the all-wheel-drive EV9 is 300-plus miles, which is a common yardstick for many other competing models. A starting price of about $50,000 for the seven-passenger Kia is also expected. By 2027, Kia plans to launch 14 EV-badged vehicles globally (excluding those originating from its corporate parent Hyundai), including two pickups. 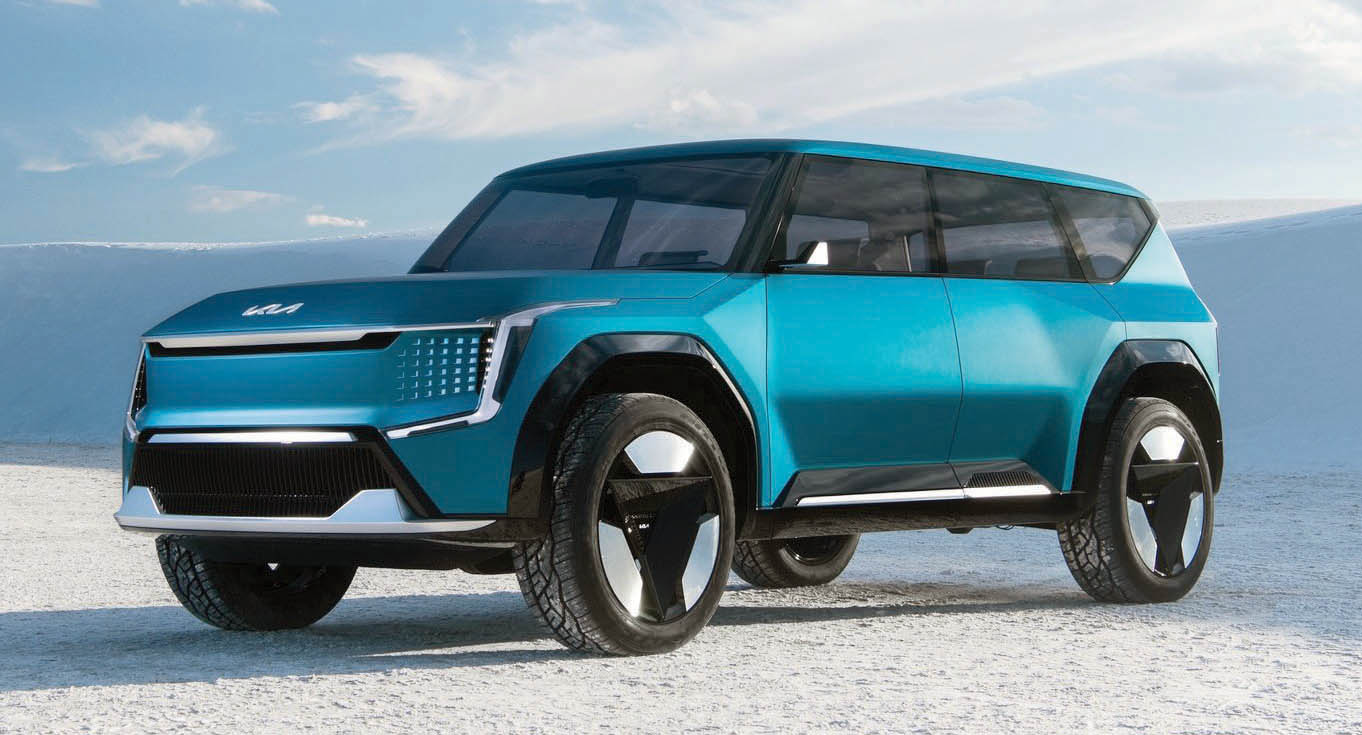 The EV9 is a seven-passenger electric concept vehicle from Kia, but a production version is expected to hit the market as 2024 model.
PHOTO: KIA