Geely of China, the automaker that owns Volvo and Lotus, is purchasing Boston, Mass.-based Terrafugia. This company is involved in designing flying cars and is planning to launch its first one, called the Transition, in 2019. The $280,000 car/plane will tow a pair of folded wings when being driven on the highway, but with the wings fixed in place, it will travel the skies at up to 100 mph and have a 400-mile range. Terrafugia will follow it up four years later with the Transition TF-X that will have vertical takeoff and landing capabilities. Other automakers developing similar craft include Daimler (Mercedes-Benz) and Toyota. 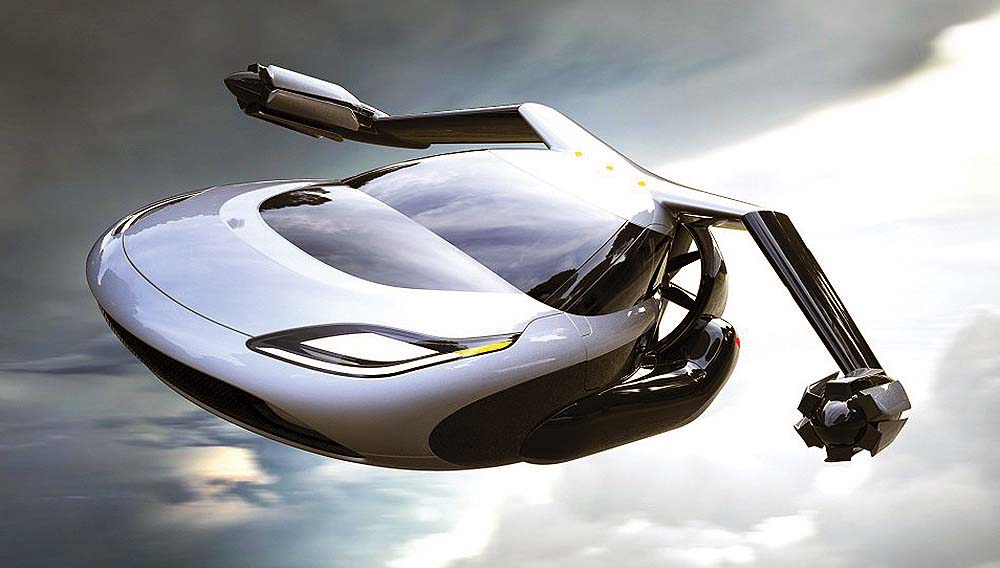 The Transition is claimed to be able to fly at 100 mph with a range of 400 miles. It will be followed by the TF-X, pictured. (PHOTO: TERRAFUGIA)

The last of the front-engine ‘Vettes will be spectacular: