Word has reached The Sleuth that Toyota will introduce a competitor to the Volkswagen Golf GTI, Hyundai Veloster N and Subaru WRX. The Corolla GR (the initials stand for Gazoo Racing, which is the automaker’s home-grown performance division) is expected to arrive in 2022. The turbocharged 1.6-liter three-cylinder engine and probable six-speed manual transmission come from the rally-inspired subcompact GR Yaris (not for North America), rated at 257 horsepower and 266 pound-feet of torque. The numbers are likely to carry over to the Corolla GR. Also, the Yaris GR’s all-wheel-drive system isn’t expected to transition into the Corolla. A starting price in the low-$30,000 range is expected. 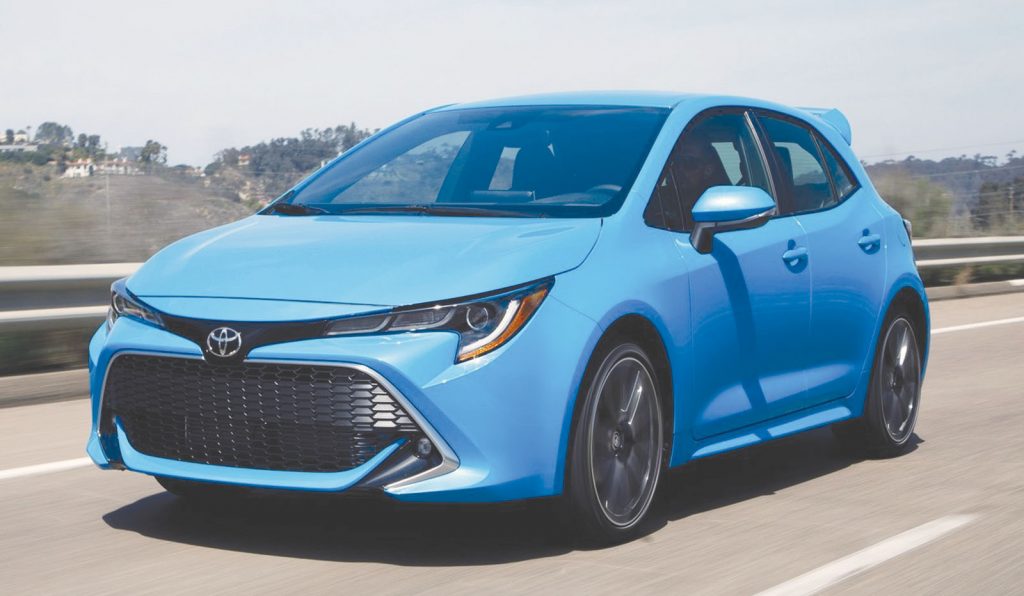 The Corolla GR will be based on the hatchback and will come with a 257-horsepower three-cylinder engine and a six-speed manual
transmission. PHOTO: TOYOTA