The short-lived stainless-steel-bodied sports car with the gullwing doors was made famous for its appearances in the “Back to the Future” movie trilogy. The Texas-based company that currently owns the naming rights recently revealed the DeLorean Alpha5, which bears zero resemblance to the original, but does retain the roof-hinged doors. Instead of using a rear-mounted gasoline engine like the original, the Alpha5 will come with front and rear electric motors supported by a lithium-ion battery pack. DeLorean says the Alpha5 will accelerate to 60 mph from rest in 3.4 seconds and it will have a 300-mile range. Horsepower ratings and pricing haven’t been revealed, but the company will release more info later this summer at the Concours d’Elegance car show in Pebble Beach, Calif. 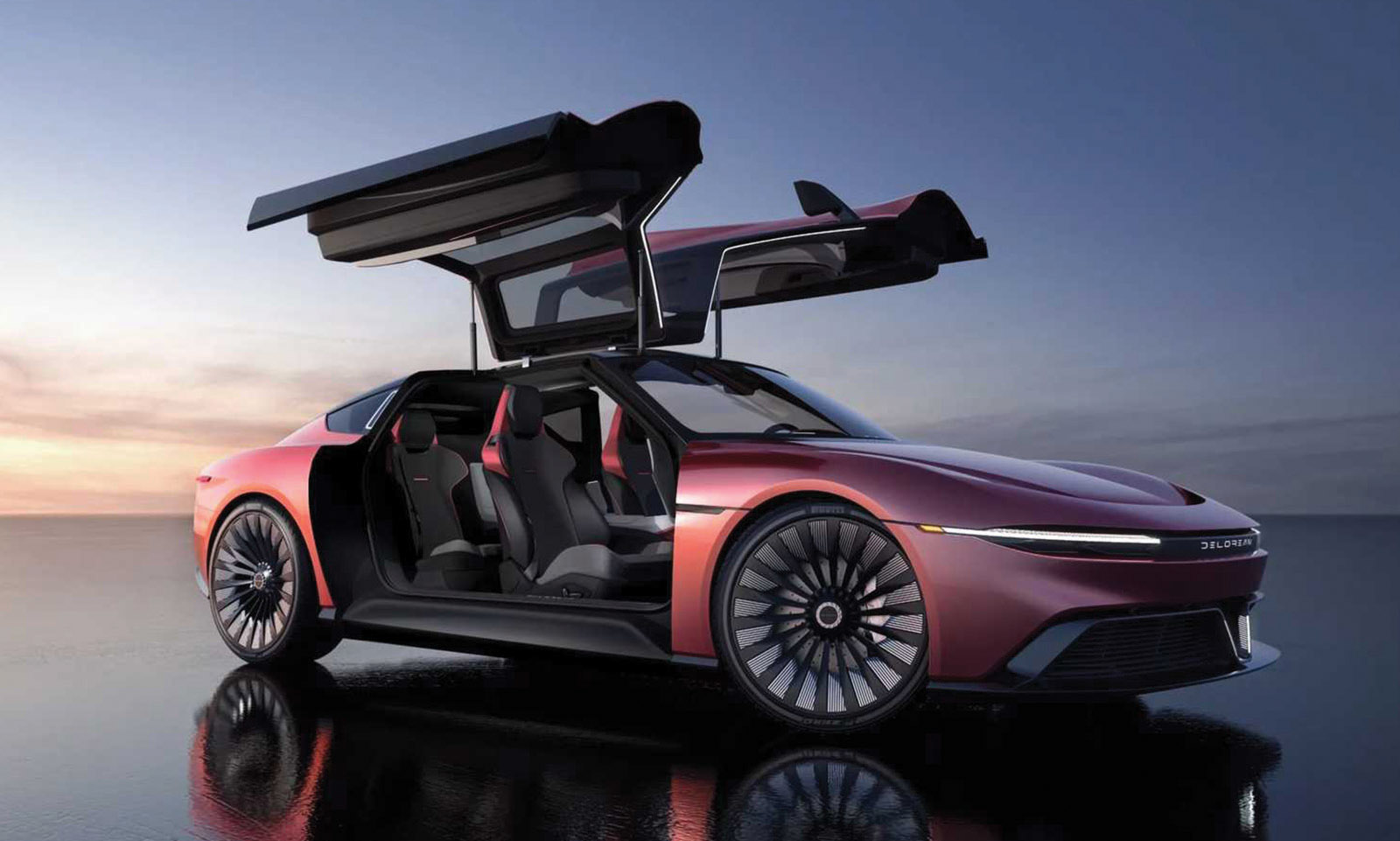 The DeLerean Alpha5 will come with front and rear electric motors and large gullwing doors that open for the front and rear passengers.
PHOTO: DELOREAN MOTOR COMPANY GENESIS