Despite a bloating in the utility-vehicle category, there remains plenty of interest (and demand) for traditional mid- and full-size family sedans. The most recent example is the 2019 Toyota Avalon. Despite the car’s massive grille, the automaker has created the sleekest Avalon yet. Overall length is up by close to an inch, while the distance between the front and rear wheels increases by two inches. Also striking is a luxurious interior with appointments and trim that rival most Lexus models (Lexus is Toyota’s luxury brand). Most striking is the oversize touch-screen that appears Tesla-inspired, but with more style. The Avalon shares the same basic platform as the new-for-2018 Camry and will also offer that model’s four-cylinder engine and optional V-6 powerplants, plus the same optional hybrid system. 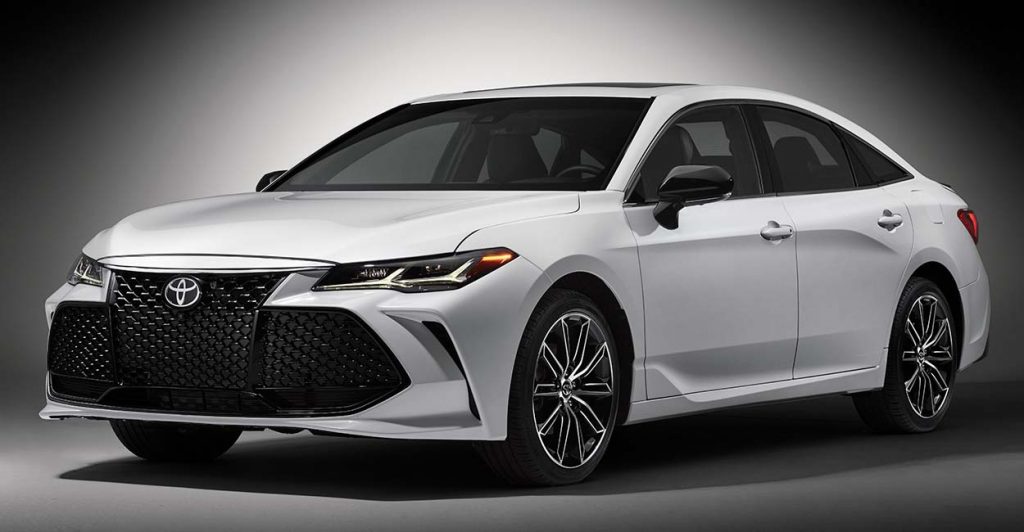 The new 2019 Toyota Avalon shares the same basic platform with the Camry, but the Avalon appears to have an even bigger grille. (PHOTO: TOYOTA)