While the automotive-enthusiast world wrings its hands in anticipation over the arrival of the next-generation Toyota Supra, The Sleuth’s sources have gleaned some of the upscale-sportscar’s specs. The available powerplants will consist of a 248-horsepower turbocharged 2.0-liter four-cylinder and an optional 335-horsepower 3.0-liter six-cylinder. Both engines will be sourced from the BMW parts bin and will also be used in the forthcoming (and all-new) Z4 roadster. Although the Supra will only come with an automatic transmission, the rear-wheel-drive Z4 will be available with a manual or an automatic. There’s also a rumor that a gas-electric powertrain will be eventually be offered in the Supra, but it appears that Z4 buyers will get first crack at it. Both the $45,000 Supra and $50,000 Z4 (both prices are estimates) are expected to arrive by mid-2018 as 2019 models. 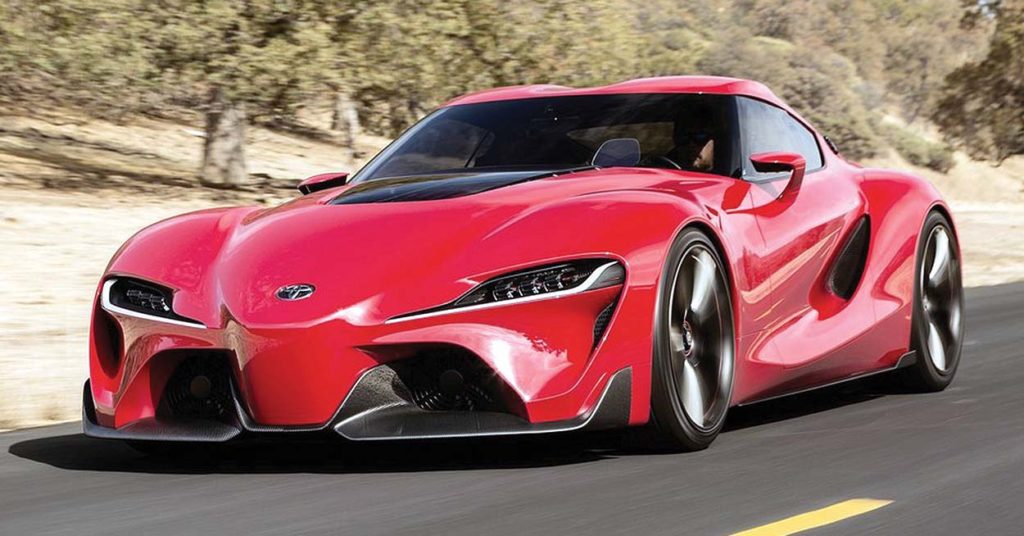 The Supra will not look like this Toyota FT-1 concept, nor will it be a hybrid. In fact, the Supra engines will come from BMW. (PHOTO: TOYOTA)

There could be two new tall wagons for Mazda fans: