Although the Veyron replacement won’t be available for another year, the Spymaster has scored some intel concerning Bugatti’s next mega-buck super car. The Chrion (named for an early Bugatti racing driver) will arrive with a quad-turbocharged 8.0-liter 16-cylinder engine producing 1,480 horsepower and 1,100 pound-feet of torque. Power will be directed to all four wheels through a seven-speed dual paddle-shift transmission. Zero-to-60-mph is estimated at 2.8 seconds with a 311-mph top speed. Fifteen radiators will provide cooling, five more than were on the Veyron. Styling will be similar to the Bugatti concept that was created for Sony’s PlayStation’s Gran Turismo video game. Pricing is expected to start in the $2.5 million range, but with 100 of an expected production of 500 cars already spoken for, you should order soon. 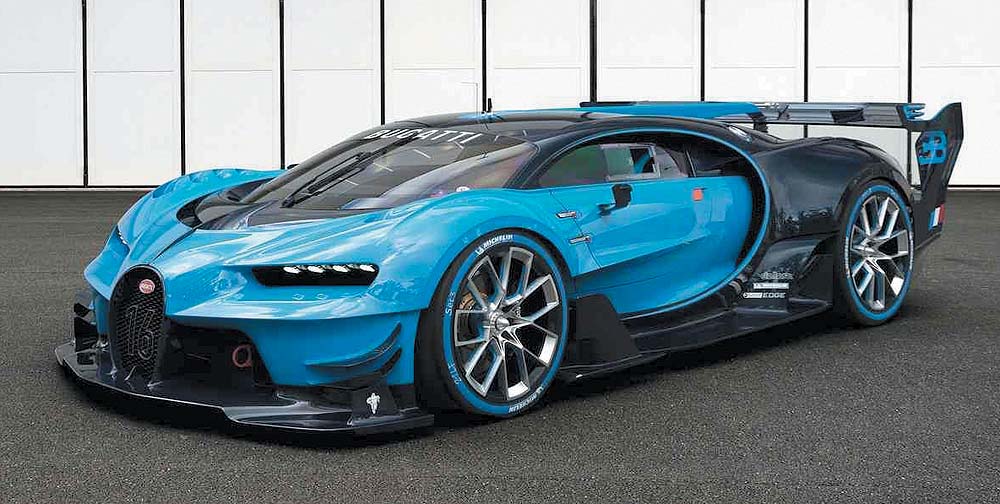 The top versions of the Veyron made about 1,200 horsepower and the new Chiron will up that to close to 1,500. As impractical as it is weird looking, all 500 cars will likely sell out quickly.