A Toyota nameplate that has existed in Japan since the mid-1950s will appear for 2023 in North America, attached to a full-size all-wheel-drive hybrid sedan to replace the Camry-based Avalon. Base XLE and mid-level Crown Limited trims will operate with a 2.5-liter four-cylinder plus front and rear electric motors. Output is rated at 236 horsepower. The Crown Platinum gets a turbocharged 2.4-liter four-cylinder, a six-speed automatic transmission and dual electric motors. Output is rated at 340 horsepower. Combined city/highway fuel economy for the non-turbo is pegged at 38 mpg. With a hiked up ride height, there will also be plenty of ground clearance that should help the Crown tackle the urban jungle. 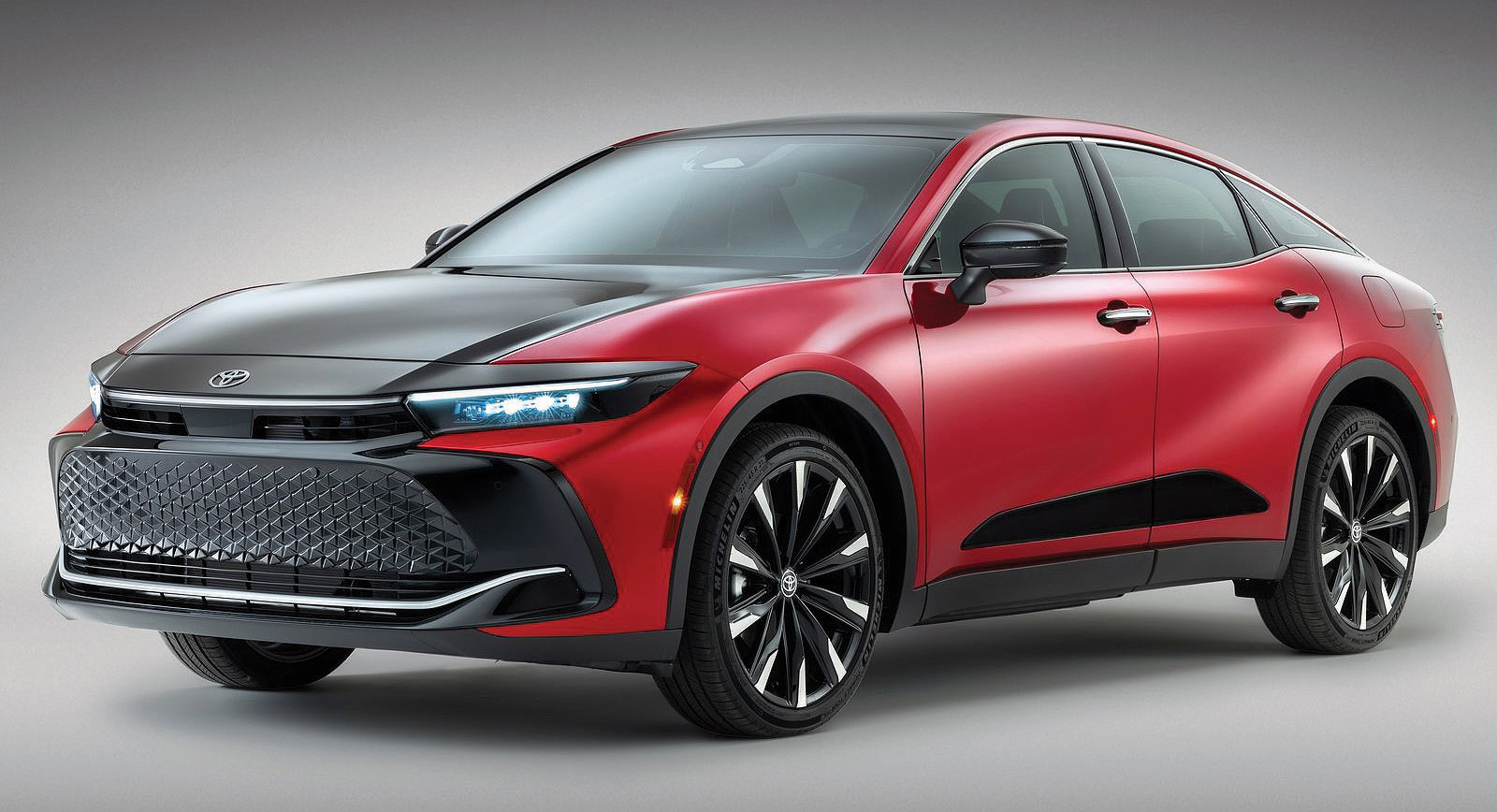 The Toyota Crown has a hiked up ride height and the base model will be a hybrid. The Crown replaces the Avalon.
PHOTO: TOYOTA