Full production has begun on the automaker’s electric pickup. All four trim levels — the Pro (work truck), the XLT, the Lariat and the Platinum — come with front and rear motors, which means all-wheel-drive is standard. A crew-cab body is also standard. With the standard-range batteries, horsepower is 452 horsepower, up from a previous estimate of 426. Lightnings with extended-range batteries make 580 horsepower, which is up from the original estimate of 563. The torque rating for both is 775 pound-feet. Ford claims the quickest Lightning of the bunch can bolt to 60 mph from rest in about 4.5 seconds, which is one second quicker than the 450-horsepower F-150 Raptor pickup, which has a twin-turbocharged V-6 engine. 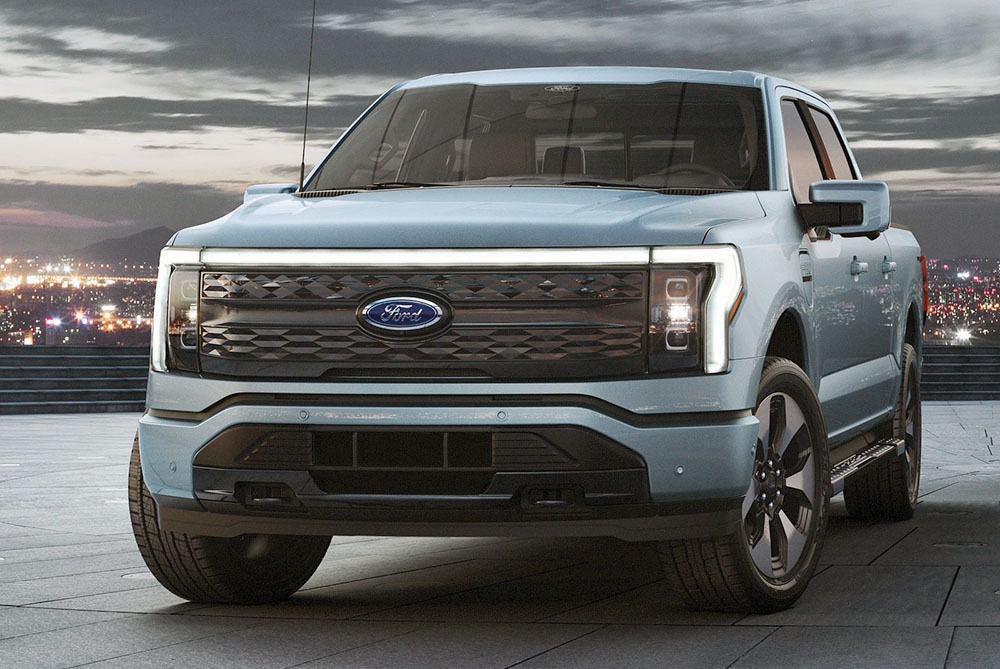 The final power numbers are finally in. The base Ford Lightning electric pickup is rated at 452 horses and 775 pound-feet of torque. With the optional battery pack, you’ll get 580 horsepower (and 775 pound-feet). PHOTO: FORD