So you think one toolbox is pretty much the same as the next, right? You won’t think that after you’ve checked out the Coolbox. This crowd-funded product will compartmentalize your gear, yes, but the standard-size 22-inch by 12.5-inch-tall by nine-inch-deep Coolbox comes with a built-in battery for powering Bluetooth speakers, USB ports (for charging your phones, tablets and laptops) and a built-in clock and LED floodlights. There’s also a retractable power cord plus multiple outlets for power tools and accessories. And for old-school note-taking and diagramming, the Coolbox has a whiteboard attached to the inside of the lid. There’s even a bottle opener and built-in wheels for rolling instead of carrying your Coolbox. The early adopter price is $199. Reserve one for September 2016 delivery at www.coolbox.io. 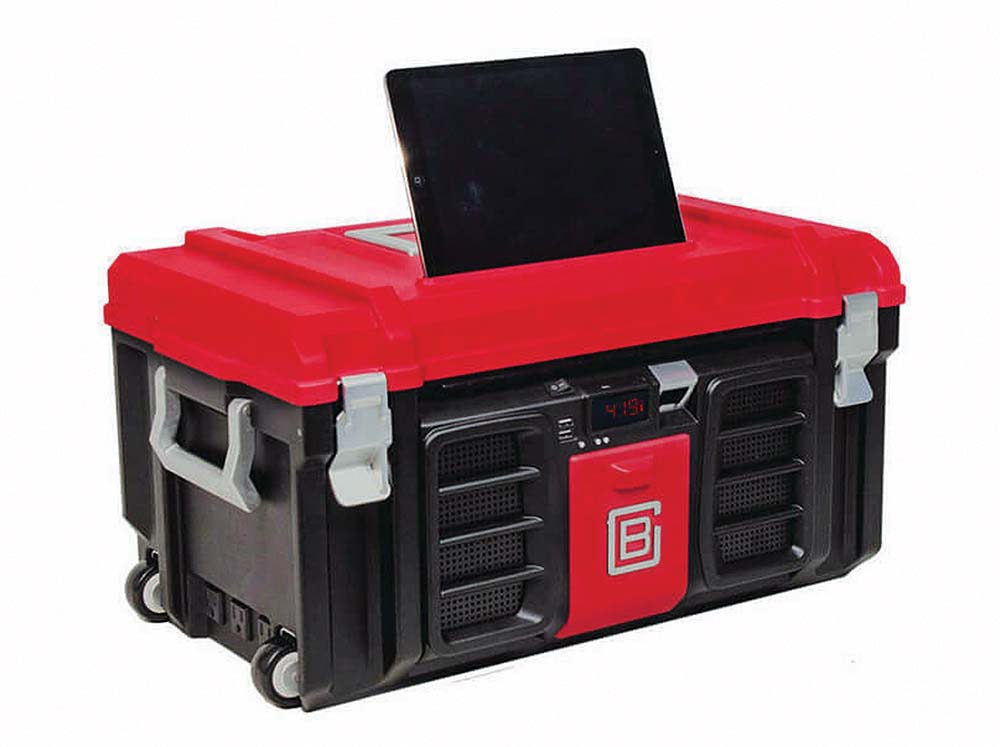