Before automakers began developing alternative-fuel vehicles, Chrysler Corporation’s engineers tinkered with jet-turbine propulsion. Author Steve Lehto documented their efforts in his book ‘Chrysler’s Turbine Car, The Rise and Fall of Detroit’s Coolest Creation.’ The creation Lehto refers to is the 1963 concept car designed and built by Ghia of Italy. Fifty-five Turbines were built and loaned out for testing by prospective buyers, or used as dealer demonstrators. Chrysler ultimately decided against turbine power and all but nine of the vehicles were destroyed. (Comedian and car collector Jay Leno owns one of the surviving Turbines.) Order Lehto’s book in paperback for about $15 ($8 in Kindle e-reader format) at most major bookstores, or through online resellers such as www.amazon.com. 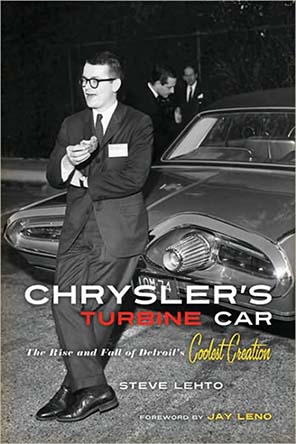 When mainstream won’t cut it