According to The Sleuth’s usually reliable sources, Kia from Korea will introduce a sleek and sexy four-door “coupe” that will draw inspiration from the Novo concept car that was displayed at the 2015 Seoul (Korea) Auto Show. Unlike the current front-wheel-drive Optima sedan, the to-be-named addition to the lineup will be built on the same rear-wheel-drive platform as the 2017 Hyundai Genesis G70 sedan. Hyundai is Kia’s parent company. Power will consist of both turbocharged and non-turbo four-cylinder engines along with a non-turbo V6. Kia plans to have the car ready to go by the spring of 2017 as a 2018 model. 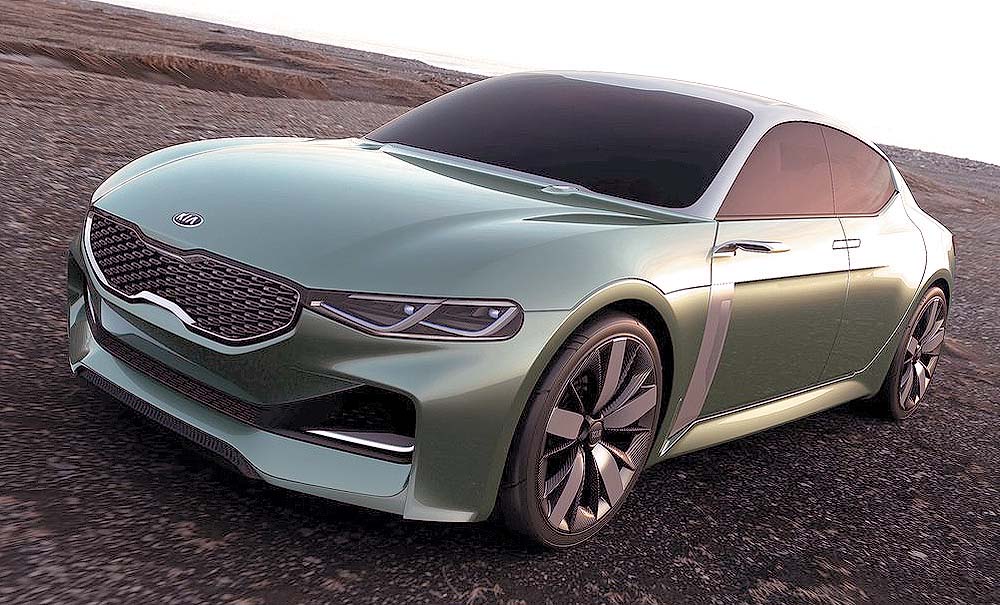 A new four-door Kia “coupe” will be inspired by the Novo concept. Don’t expect big things in the powertrain department, however.