With Ram truck and Jeep brands selling like proverbial hotcakes, The Sleuth notes that Fiat Chrysler Automobiles is going all out to update and revamp both lineups (unlike the seemingly forgotten Dodge and Chrysler four-door family cars). In particular, the Jeep Cherokee and Wrangler are each refreshed for 2019, the 2018 Grand Cherokee can now be had with a 707-horsepower V-8 (borrowed from the Dodge Challenger and Charger Hellcat models) and a new second-generation Compass arrived last year. Now, the Spy Guy’s undercover team is confirming that the stubby little Renegade will be given a mild front and rear facelift for 2019, along with a revised dashboard and control panel. A new four-cylinder turbo engine option (replacing the existing non-turbo four-cylinder) is also a distinct possibility. 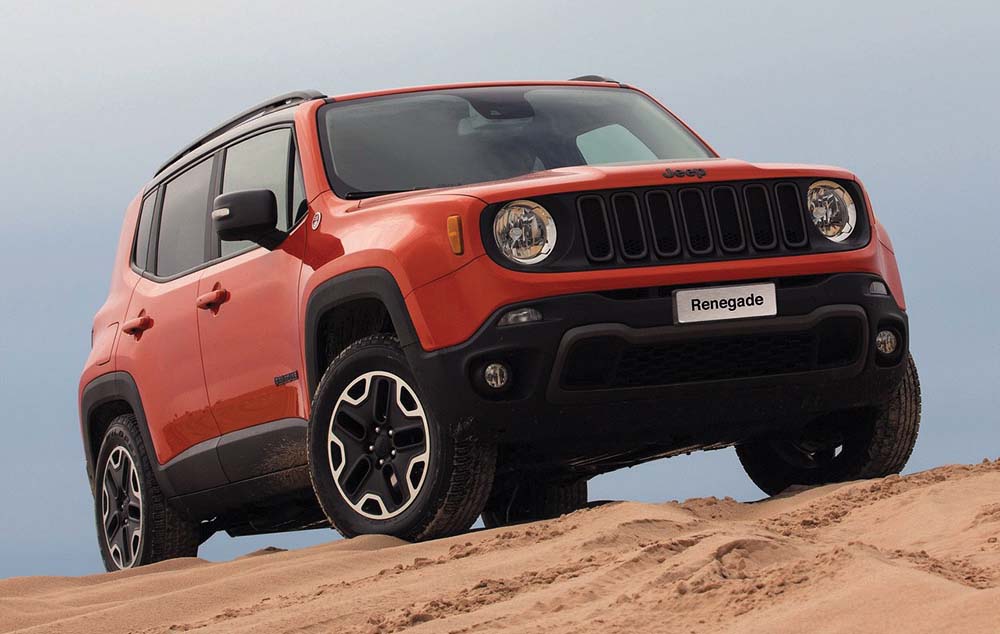 FCA has placed considerable attention on its collection of utility vehicles (Renegade pictured) and largely left its Dodge and Chrysler models to wither on the vine. (PHOTO: JEEP)

Could Dyson clean up on the electric-car business?:

This Jaguar is visually electrifying: