The recently revealed GT-R50 will actually go into production beginning in 2019. Each of the planned 50 models will be priced at — wait for it — $1.2 million. That’s a lot of coin for any Nissan, especially one based on the GT-R Nismo that sells for about one-tenth that amount. Italy-based Italdesign created the GT-R50 show car and will build all subsequent iterations. That process includes replacing much of the GT-R Nismo’s skin with hand-formed aluminum panels, redoing the interior according to customer specifications, and upgrading the twin-turbo V-6 to produce 710 horsepower, up from the 600 horsepower that the Nismo makes. 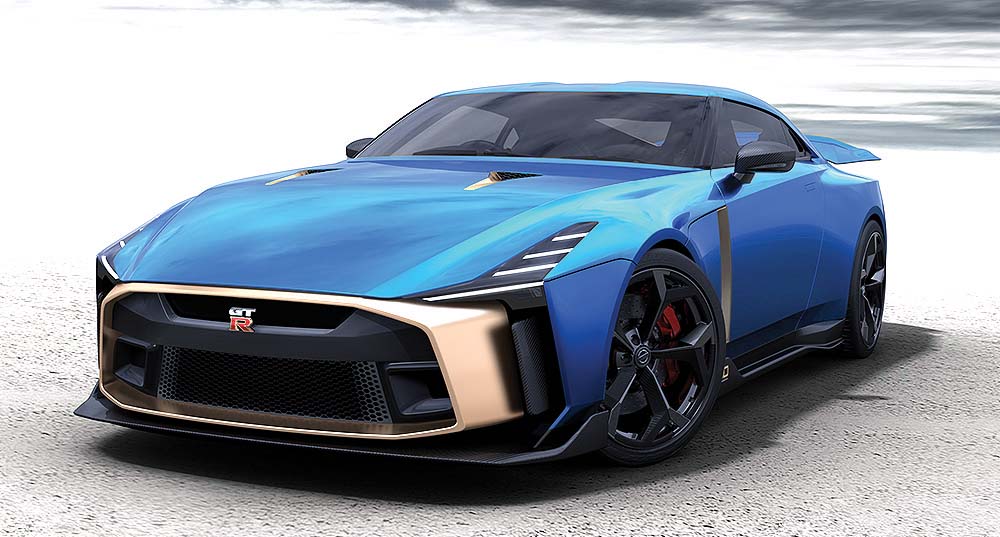 The $1.2-million GT-R50 is a bespoke version of the production Nissan GT-R. PHOTO: NISSAN