That’s how The Sleuth sees it after scoping out the Ram TRX. The 4×4 concept truck has a lifted body, massive skid plates and serious off-road rubber and appears ready to challenge any type of terrain imaginable. A supercharged 6.2-liter V-8 ‘Hemi’ engine rated at 575 horsepower has been specifically designed for torturous driving. It’s hooked up to an eight-speed automatic transmission with paddle shifters. The powerplant’s overall height also necessitated the design of a special hood. Although the Ram TRX is referred to as a concept, the Ford Raptor’s popularity along with rumors that Nissan’s toughened-up Titan Warrior show truck might actually be production-bound makes the Dodge likely to wind up in dealer showrooms. 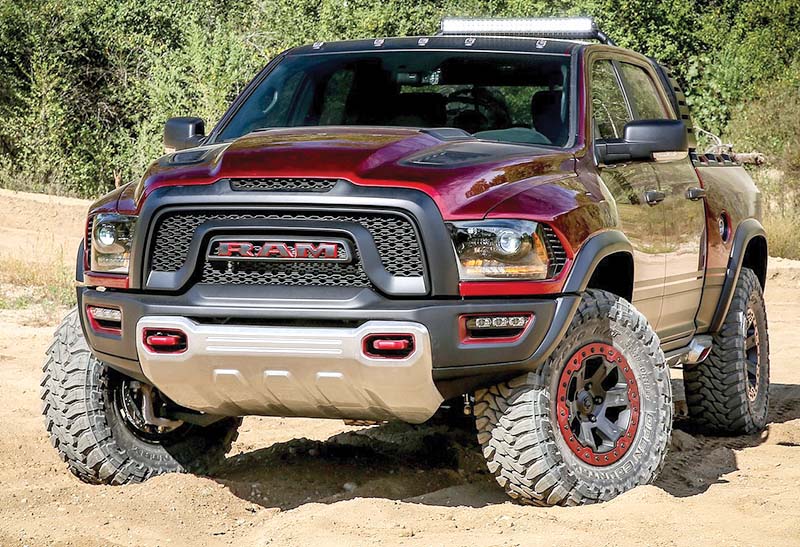 The Ram TRX is a concept, but with the popularity of the Ford Raptor, the Dodge might remain a concept for long. (PHOTO: DODGE)