These days, about the only place where the Chevrolet Camaro, Ford Mustang and Dodge Challenger compete head-to-head is on the drag strip. Chevrolet in particular takes drag racing seriously with very limited number of what’s called the COPO (Central Office Production Order) Camaro. The Sleuth reports that, as in previous years, only 69 of these non-street-legal factory-built models will be available, with most going to professional race teams. The COPO Camaros can be had with one of three engines, all mated to three-speed automatic transmissions. Additional racing equipment includes special suspensions, heavy-duty rear axles, light-weight brakes, steering racks and fuel delivery. COPO prices range from about $90,000 to $110,000. 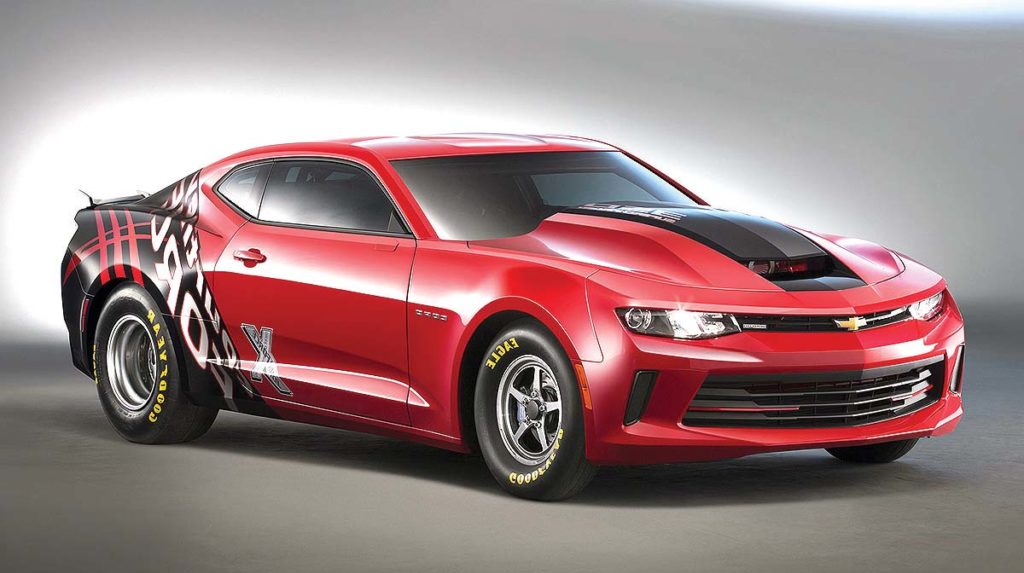 Most people don’t know that Chevrolet will sell you an out-of-the-box competition version of the Camaro called the COPO. As was the case previously, 69 will be built. (PHOTO: CHEVROLET)

Rumors of a super Hellcat appear to be more than that: