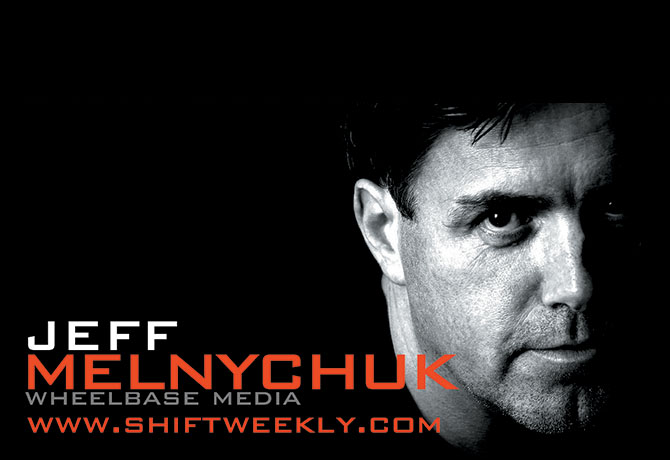 Like any career, being an auto writer has its rough patches and its tedium.

There’s office work, paper to push, the story assignments I have to dish out and the arduous editing of sleepy story copy. Oh, and when our various Web sites seem to have minds all their own. I hate that when that happens.

But at the end of a 12- or 14-hour day, when my brain can’t possibly take any more, I unwind . . . in cars. Ahhh, look, a fresh new Hot Rod magazine has arrived. I guess that’s when you know that you have a true passion for something.

For me, the need for speed is what makes all this worthwhile. Figuring out how to make things accelerate quicker, turn harder and stop better. Well, mostly accelerate quicker.
The fortunate part is that this job – or this lifestyle, rather – has afforded the opportunity to dabble with that need for speed, quite a bit. Driving fast cars is fun, although it is rare since they represent a tiny sliver of the automotive world. No, I would much rather make my own fun with our various project cars that have the side benefit of being highly educational. I’ll give you an example.

The entire automotive world is heading toward small-displacement engines that are turbocharged. I could parrot the corporate propaganda and write that you get V6 or V8 power with four-cylinder fuel economy. Or, I can dig in there myself and cut through the propaganda to figure out if the reality matches the sales pitch. But doing so on your own costs a lot of money, so there has to be some personal benefit to it, too.

Enter my 1991 Acura NSX that was built in a time when high-revving non-turbocharged engines were seen as stretching the technological envelope. The reality is that horsepower is a mathematical calculation of torque and engine revs. To make more power, you need more torque and to get more, you need more engine displacement. More air. Forcing it in above normal atmospheric pressure, with a turbocharger or a supercharger, is all the rage with new-car makers and the aftermarket.

It thus makes sense to turbocharge the 270 horsepower 3.0-liter V6 in the NSX to keep up with newer vehicles such as the Nissan GT-R and the Ferrari 458. But this is a whole new ball game for an engine that was never designed to receive “boost.”

Through a rather steep learning curve and with the help of someone who has plenty of experience turbocharging NSXs, I have discovered what’s possible, exactly how it works and what it costs. The NSX’s engine is being torn down to lower the compression ratio for the addition of a turbocharger, there’s new computer management and of course full tuning before it hits the streets. I’ll be writing about this in more detail over the next few months.

From previous NSX projects, it looks like 600-650 horsepower is easily attainable, but let’s get real about one thing: I won’t exactly be hyping it as the power of a V10 with fuel efficiency of a V6, because the big gray area of turbocharging is how you drive.
Stay tuned.     – Jeff 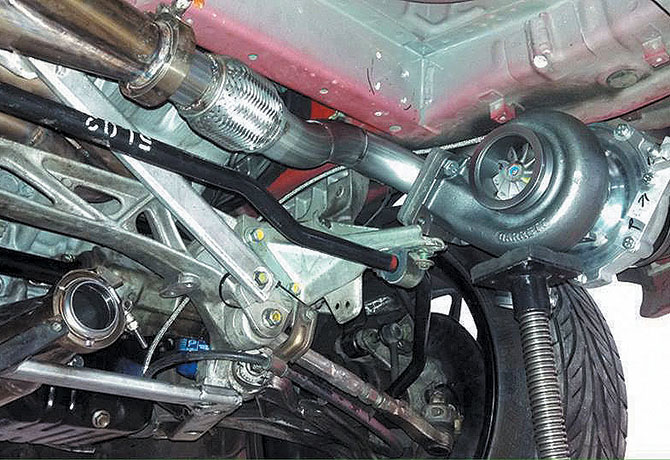 It’s not as simple as bolting on a turbocharger. The engine is internally beefed up to take the extra pressure while a new computer manages the fuel and the spark.