The Sleuth’s intel gatherers are revealing that Lexus’s popular five-passenger tall wagon is about to get an optional extra collapsible bench seat, possibly as soon as next year. However, instead of extending the distance between the front and rear wheels to make room, the designers who toil at Toyota’s upscale division will apparently extend the body of the RX by several inches behind the rear axle and square off the roofline to hold two extra bodies. The resulting RX L will be sold alongside the standard-length RX and will presumably use the same 295-horsepower 3.5-liter V-6 as well as the optional 308-horsepower gasoline-electric hybrid system. The RX L is expected to debut this fall at the 2017 Tokyo (Japan) Motor Show and will likely be available in North America by the first quarter of 2018. 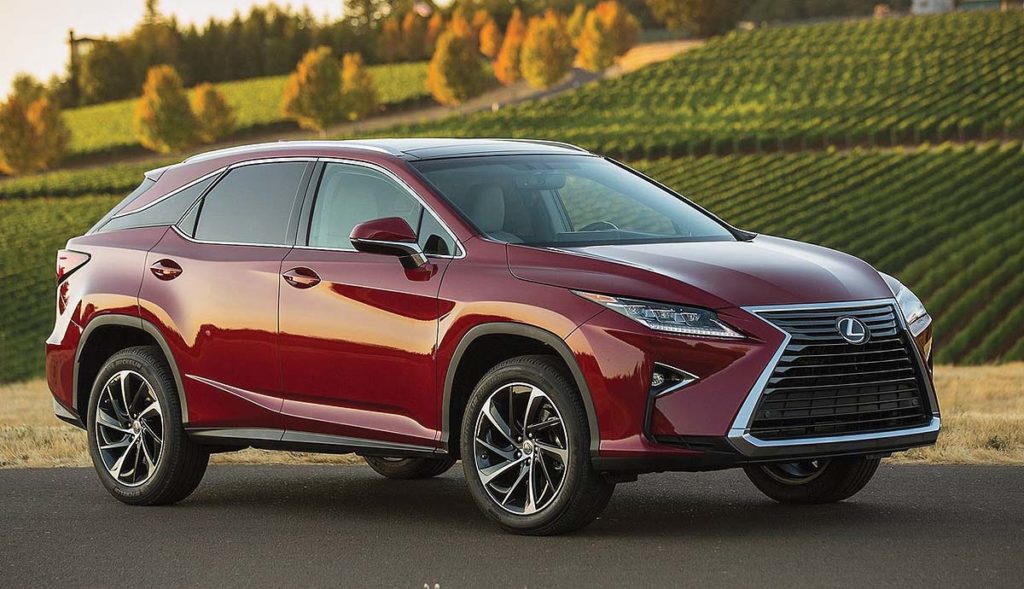 To accommodate a third-row seat, the current RX, pictured, will be lengthened and the tail section will be more upright (less sloped). (PHOTO: LEXUS)