Automotive bullies won’t be kicking sand in the Toyota Yaris’s grille much longer if rumors of a hot spin-off model are true. The name currently assigned to this amped-up sub-compact is the GRMN, which stands for Gazoo Racing Masters of Nürburgring . Gazoo is the name of Toyota’s motorsports team. The Yaris will get a supercharged 1.8-liter four-cylinder that makes 205 horsepower, or nearly 100 ponies more than the standard non-supercharged engine. Other goodies will include upgraded suspension and brake components, racing-style wheels, aero body kit with roof spoiler and special paint. Although the GRMN is not yet 100 percent confirmed for North America, Toyota president Akio Toyoda is such a huge racing enthusiast that a 2018 model-year arrival just might happen. 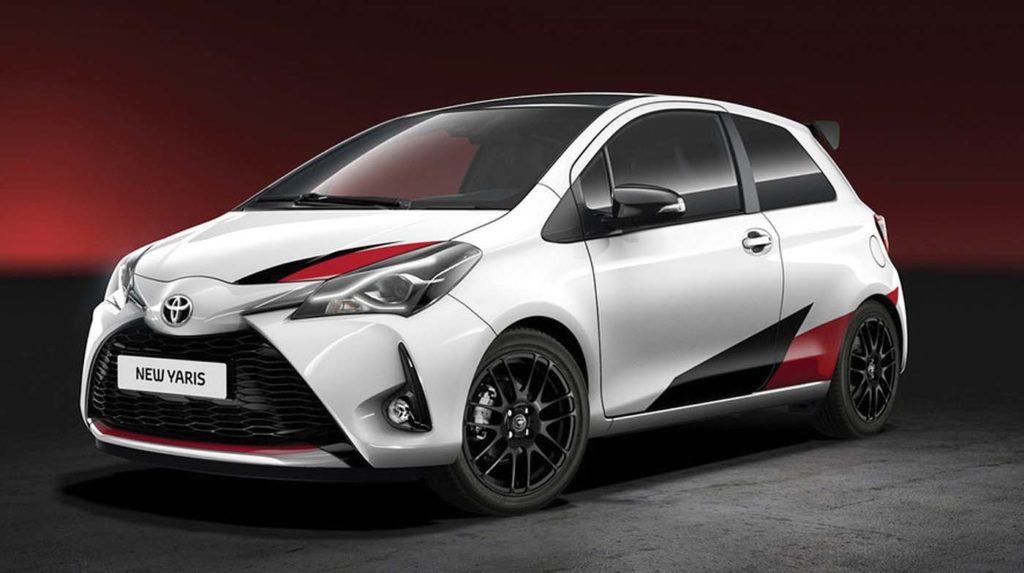