The bold and blocky off-roader with a sky-high price tag is about to add a gasoline-free variant. The almost production-ready EQG concept maintains the G-Class’s general shape, but has four electric motors (one for each wheel). The EQG also gets a driver-controlled two-speed automatic transmission. The body is attached to a separate ladder-type frame that supports the battery pack. An illuminated panel replaces the grille. The EQG, which is expected to launch for 2023, is one of a half-dozen or so previously announced Mercedes-Benz battery-electric models that will begin arriving for the 2022 model year. Battery capacity, vehicle range and pricing have not been announced. 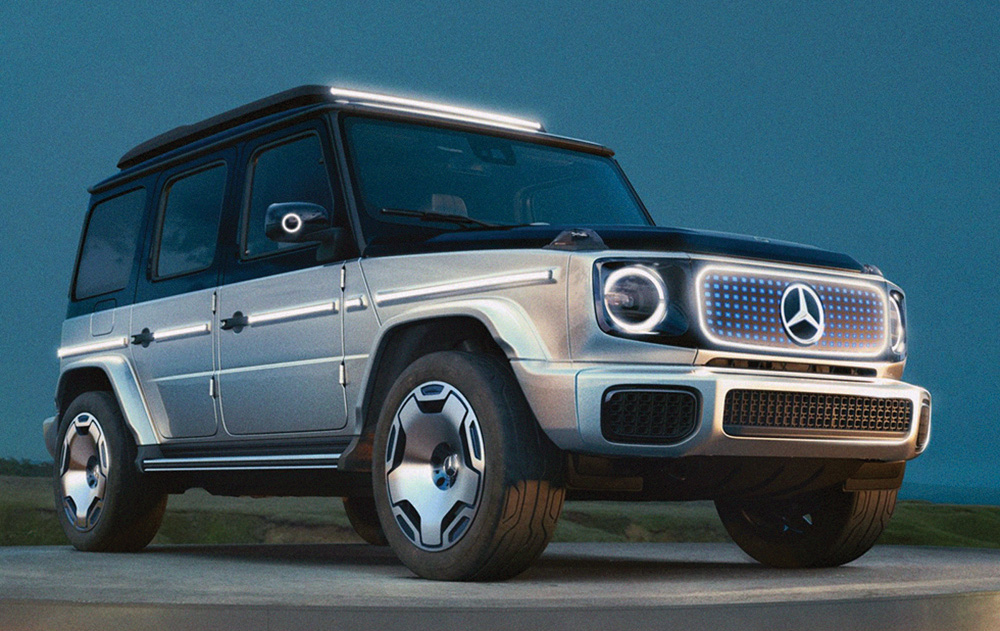 Mercedes-Benz will sell a battery-electric version of the G-Class called the EQG, but as of this writing there are no details on price or performance.
PHOTO: MERCEDES-BENZ