The U.S. Environmental Protection Agency has given one of the California-based start-up’s electric sedan models an official estimated range of 520 miles. The Lucid Air Dream Edition, one of five Air-branded models, comes with a 113-kilowatt/hour battery system plus front and rear electric motors that make a net 933 horsepower. The car stickers for $169,000, but less expensive models start with the $77,400 Air Pure. Its 480-horsepower system achieves a still-respectable 406 miles of range on one charge. At the opposite end, the Air Dream Edition Performance makes 1,111 horsepower, has a 471-mile range and sells for the same $169,000 as the Air Dream Edition with its 520-mile range. Lucid is currently accepting reservations online and recently opened its first showroom in New York City. 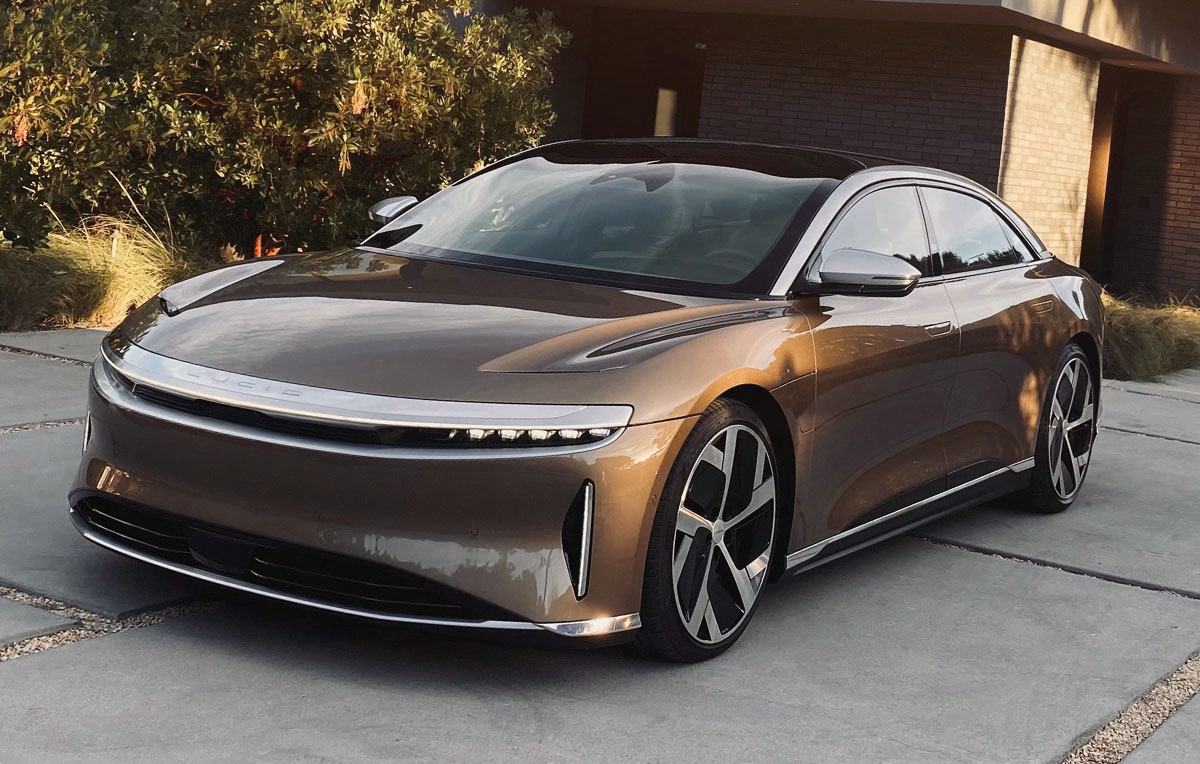 What makes 933 horsepower and can go 520 miles on one charge? Apparently the $169,000 Lucid Air Dream Edition.
PHOTO: LUCID MOTORS