Little has been heard from Ford’s premium division regarding its electric-vehicle plans, but that has changed with the recent images of what appears to be the brand’s first electric model, or at least one of the first. The Star concept is a sleek-looking wagon that’s roughly the size of the current Aviator, which means the Star could offer three rows of seats for at least seven passengers. The futuristic Lincoln also has a hood that lifts vertically to reveal a front trunk (now commonly referred to as a frunk), and it has a nose that slides forward for easier loading/unloading. It’s uncertain if this feature would make it to production. The Star is could arrive for the 2025 model year. 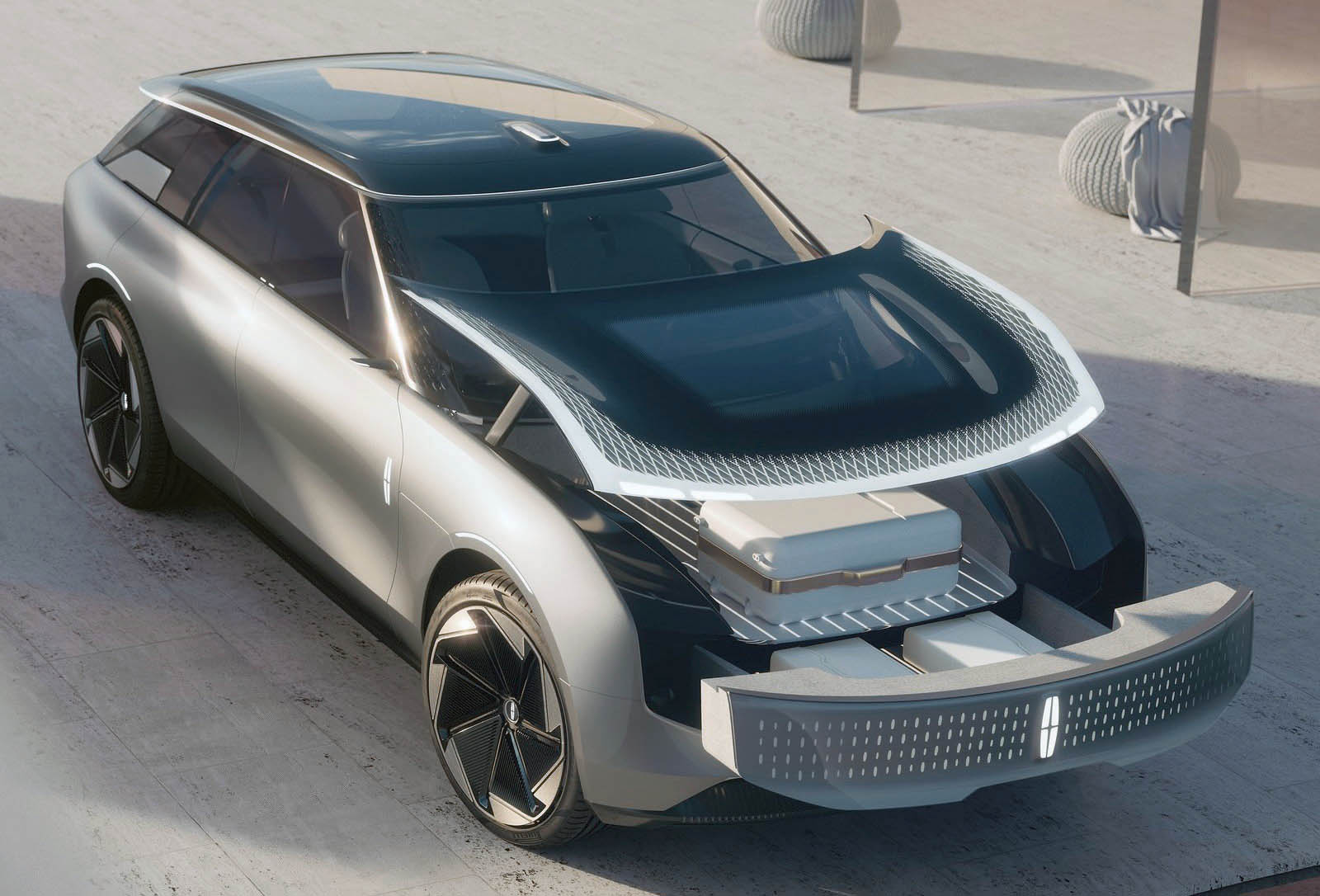 Images of the Lincoln Star concept show a lift-up hood and a drawer for easier unloading of cargo and luggage. Will these features make it to production? ILLUSTRATION: LINCOLN