Ford generated significant buzz when it introduced the 2022 battery-electric F-150 Lightning on May 19. Among the pickup’s key points, says Ford, are two electric motors that, depending on the battery pack selected, can provide up to 563 horsepower and 775 pound-feet of torque. Maximum range is claimed to be 300 miles. The spec sheet says the Lightning can also tow up to 10,000 pounds and haul a 2,000-pound payload, which will undoubtedly affect electric range. The pickup can also be used as a backup home generator during power outages and provide basic energy needs for up to three days. Another neat trick is a 14 cubic-foot storage area under the hood with a 400-pound load capacity. The base Lightning Pro — for commercial use — starts at about $40,000 and goes on sale in May 2022. Otherwise the base price is in the low-$50,000 range, although that’s with the standard battery pack rated for 230 miles of range (426 horsepower). Within 48 hours of Lightning’s launch, Ford CEO Jim Farley said on Twitter that almost 50,000 reservations had been received (deposits of $100 were taken). 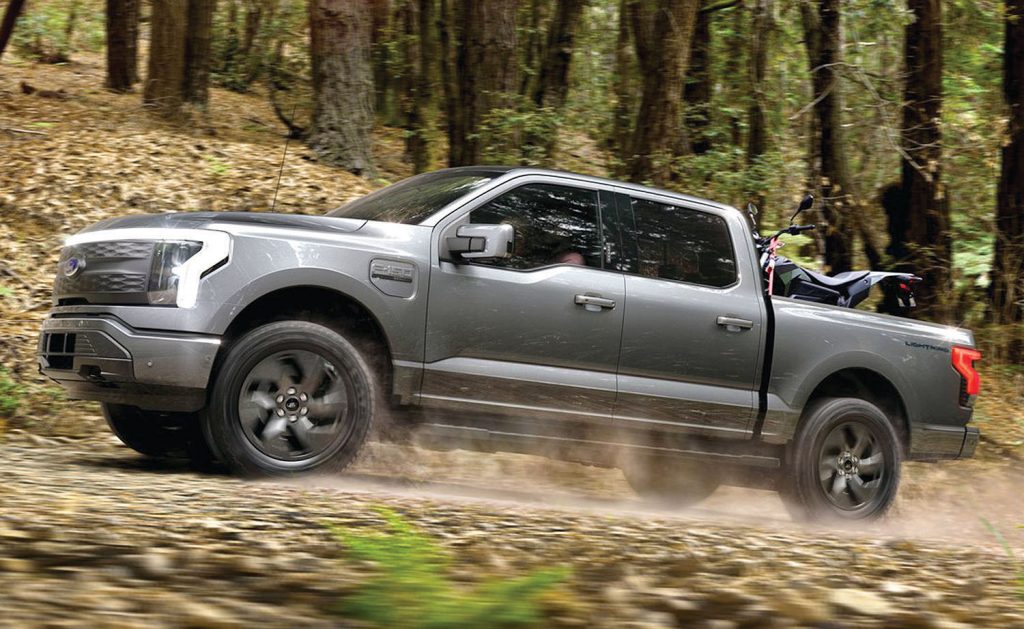 The Ford F-150 Lightning goes on sale in 2022 with a choice of regular- and extended-range battery packs. As such, horsepower and range differ between models. PHOTO: FORD

The long-awaited Bronco has a couple of surprises up its sleeve: