The Sleuth hears that Hyundai’s junior division is adding a diminutive wagon-shaped model. This comes at a time when nearly every other mainstream automaker has introduced, or has in the works, a similarly sized and shaped set of wheels. There’s no official name yet, but apparently the vehicle is loosely based on the Provo Hybrid concept that Kia displayed at the 2013 Geneva International Motor Show in Switzerland. That car came with a turbocharged 201-horsepower four-cylinder engine plus an electric motor, but The Spy Guy doesn’t believe that kilowatts will play a role here. Since it will compete against vehicles such as the Chevrolet Trax, Mazda CX-3, Honda HR-V and the like, a low-$20,000 base price is anticipated when the littlest Kia wagon arrives for the 2018 model year. 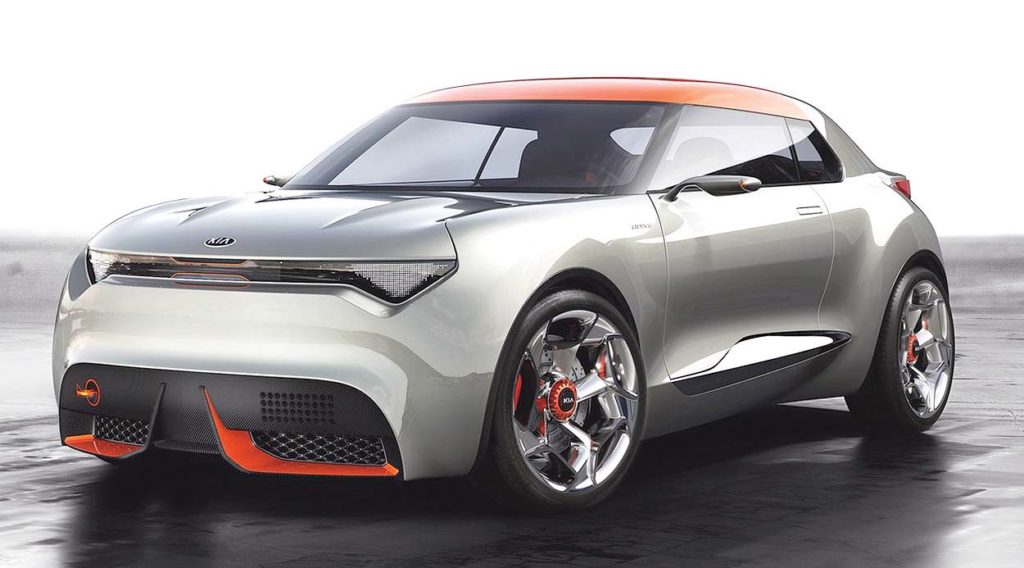 A new Kia wagon could be loosely based on this Provo concept car, a shape reminiscent of the Hyundai Veloster. (PHOTO: KIA)

Plans for a Porsche 928 successor have evaporated: