It sure looks that way after the automaker rolled out a fully finished pickup concept at the New York International Auto Show in March. The four-door Volkswagen Atlas Tanoak (based on the Atlas utility-vehicle platform) was shown alongside the stylish five-passenger Atlas Cross Sport concept, which is a virtual lock for the 2019 model year. With the apparent resurgence of midsize pickup trucks in North America, the Tanoak makes sense, even if it’s just a concept at this point. Along with the current seven-passenger Atlas, adding the Cross Sport and Tanoak to the lineup would indicate that VW is forming a sub-brand of Atlas nameplates. 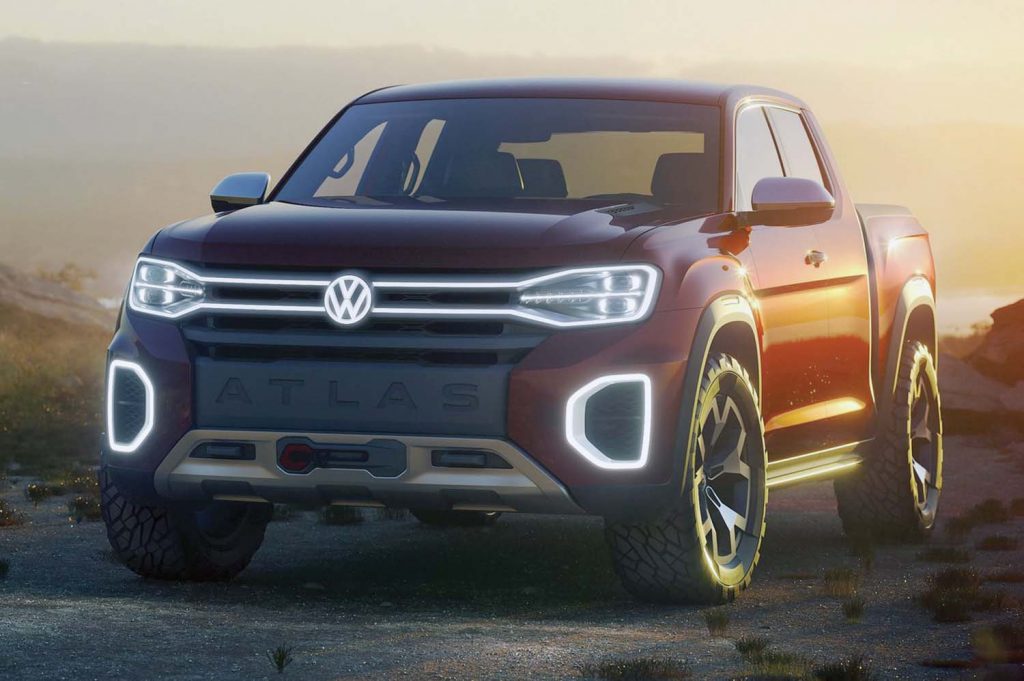 The VW Tanoak pickup is only a concept, but The Sleuth thinks the company should build it.(PHOTO: VOLKSWAGEN)

The Z-car might not be on life support after all:

Nissan shakes up the midsize-sedan class with AWD: