It certainly appears that way to The Sleuth. The automaker revealed a removable-roof version of the coupe — called the Sport Top — at the recent SEMA360 virtual trade show. Included with the one-off concept were aero body add-ons and a rear spoiler that’s reminiscent of those installed on earlier Supras. The twin roof panels are made from lightweight composite materials that can be stored inside the trunk when not needed. The optional 382-horsepower turbocharged six-cylinder was installed in the Sport Top along with an eight-speed automatic transmission (which also connects to the base 255-horsepower turbo 2.0-liter four-cylinder). Toyota hasn’t confirmed the GR Supra Sport Top variant for production, but rumor has it availability will begin for the 2022 model year. 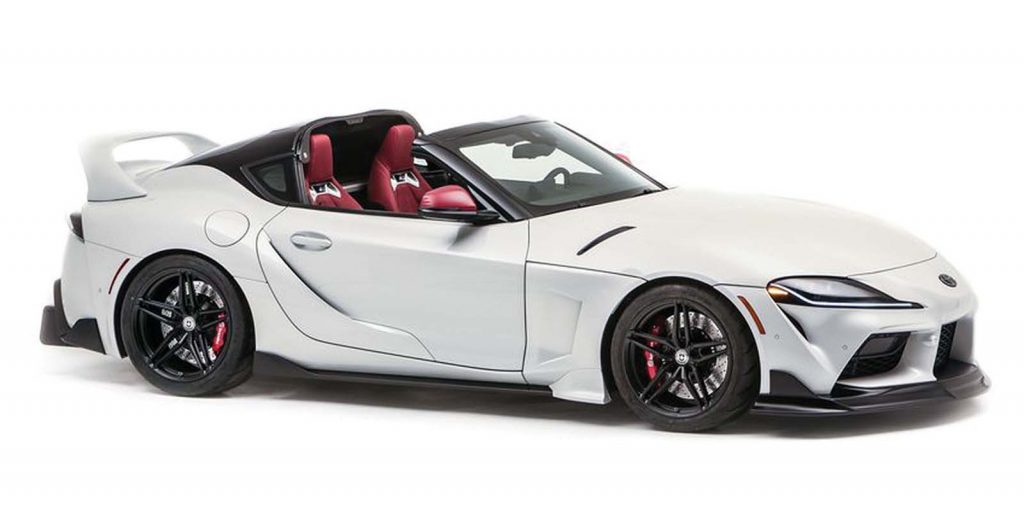 A Toyota Supra shown at the recent SEMA360 virtual trade show could signal the arrival of an open-top model, but The Sleuth thinks it would not come with the exaggerated bodywork. PHOTO: TOYOTA