That would appear to be the case if The Sleuth’s intel is correct. The automaker showed off a full race version of the car it calls the RM19 at November’s Los Angeles International Show. Behind the front seats is a 2.0-liter turbocharged four-cylinder engine that makes in the neighborhood of 390 horsepower, or about 115 ponies more than the Veloster N production vehicle. Hyundai claims the RM19 can reach 60 mph from rest in less than four seconds. Other than using a modified body style and platform, the mid-engine machine is expected to approximate the RM19’s overall performance. Word is that the head of Hyundai’s R&D group, who previously ran BMW’s M performance brand, will be responsible for bringing the hot Veloster to the masses for the 2021 model year. 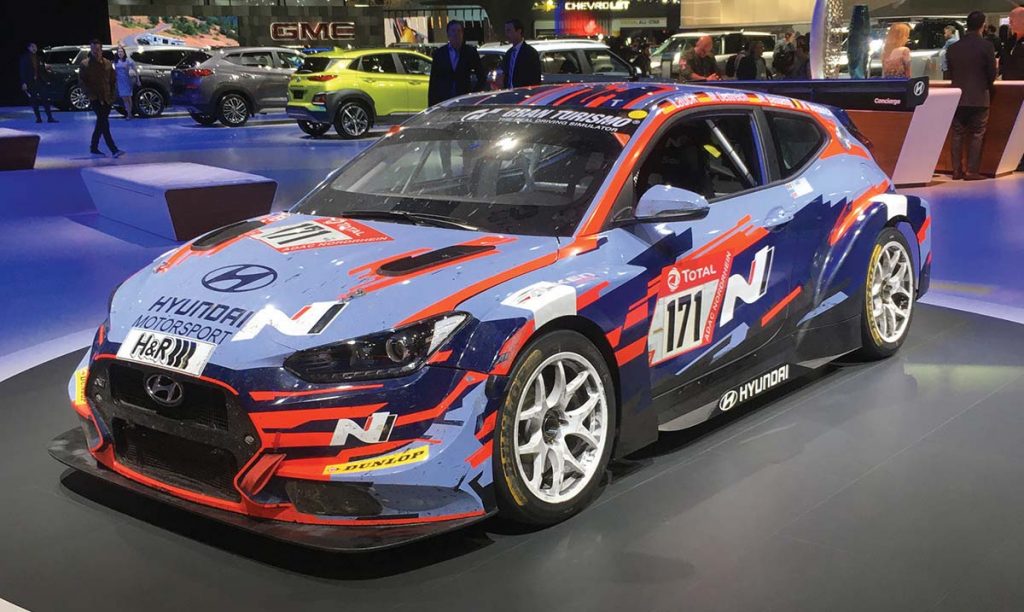 The Sleuth hears that the Hyundai RM19 racecar, with its engine located in the rear, could inspire a version for the street. PHOTO: HYUNDAI

Kia utility lineup not as full as it seems: