That’s what The Sleuth’s sources are reporting. Apparently inspired by the open-top Ariel Atom that uses various Honda-made turbocharged four-cylinder engines, the Japan-based automaker has filed patents for a similar, but smaller cycle-style machine. That model will apparently be based in the Honda’s 2015 2&4 concept, but will reportedly use an all-electric powerplant instead of the 2&4’s 1.0-liter four-cylinder motorcycle engine and will have a curb weight of 900 pounds. The single- or dual-seat street-legal vehicle will likely cost much less than the $64,500 that the makers of the Ariel Atom charge for their base model. If, or when, it does go on sale, buyers will probably need to visit a Honda motorcycle dealer for a test drive. 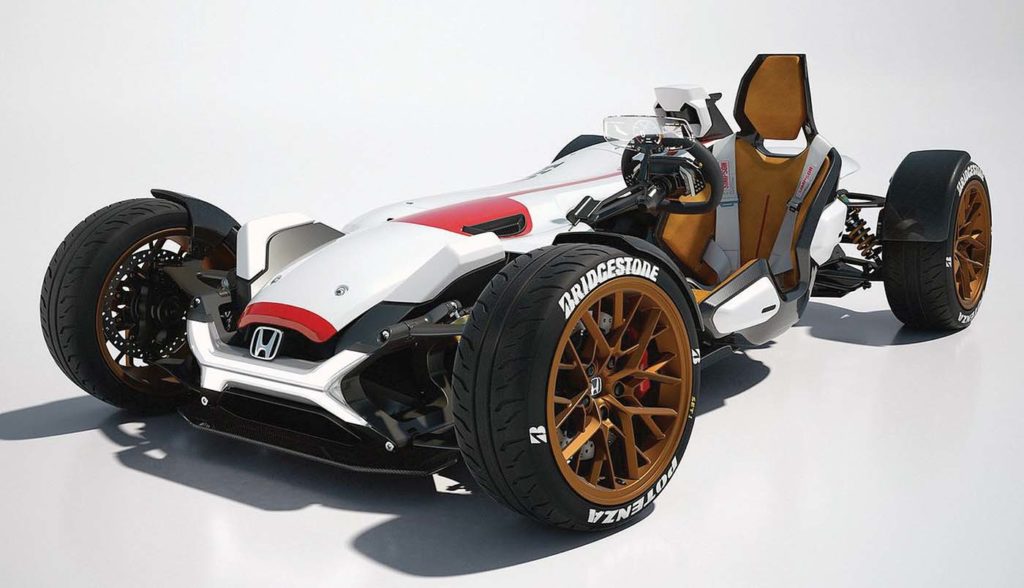 A new street-legal electric Honda might use this concept vehicle for inspiration. (PHOTO: HONDA)