The Sleuth is more than a little impressed with the design of the next-generation Santa Fe utility wagon that launches later this summer as a 2019 model. At first glance he thought he was peering at something more upscale (an Infiniti or Lexus, perhaps) instead of a moderately priced conveyance. The five-passenger version will be known simply as Santa Fe (dropping the Sport designation), while current seven-passenger model gets adds the XL suffix and carries over for 2019. Despite this, the new Santa Fe can be ordered with an ‘occasional-use’ third row that seats two people, but a new four-cylinder turbo-diesel is mandatory with that model. Rumor has it that for the 2020 model year the XL will be replaced by a larger model based on the Kia Telluride concept that was first shown in 2016. 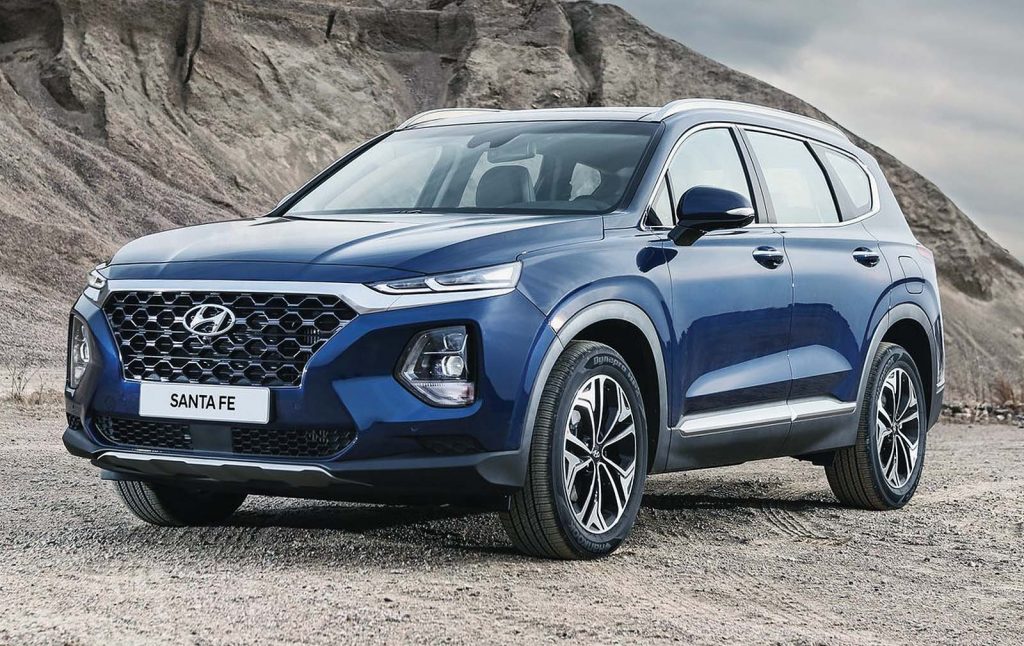 The new Hyundai Santa Fe is slightly larger than the previous five-passenger model and can be ordered with an ‘occasional-use’ third-row seat. (PHOTO: HYUNDAI)