What began as the military-grade High Mobility Multipurpose Wheeled Vehicle (HMMWV, or Humvee) nearly four decades ago became the civilian Hummer H1 in 1998 when General Motors purchased the brand. Other Hummer vehicles were spawned, such as the H2 (based on the Silverado pickup platform) and the H3 (which was based on the Colorado). Hummer became a symbol of gluttonous gas-guzzling excess, and production ended a decade ago as the financial crisis took hold. So, what better way to relaunch Hummer as an electric GMC pickup? Still excessive in The Sleuth’s eyes, the new Hummer has eyebrow-raising specs. How about 1,000 horsepower, a 350-mile maximum range and a zero-to-60-mph time of 3.0 seconds. GMC plans four variations of the truck, beginning with the Edition 1 in late 2021 at a $112,600 list price. The last — and the least expensive version — would arrive for 2024 for $80,000. 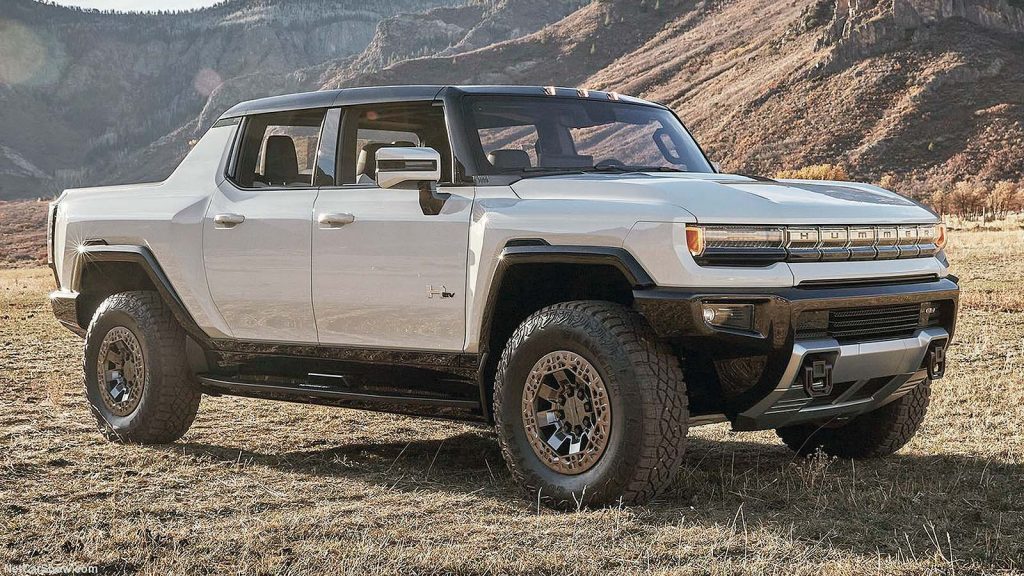 The Hummer brand has reemerged as an electric truck that will be sold under the GMC banner. Expect it for the 2022 model year. PHOTO: GENERAL MOTORS

Say good bye to the Mustang Shelby GT350, and hello to the Mach 1: