The nameplate was retired back in the mid-1990s, but Honda apparently believes in second chances. The five-passenger 2020 Passport resembles the seven-seat Honda Pilot, but the new model is about six inches shorter. Surprisingly — at least to The Sleuth — the Passport gets the Pilot’s 280-horsepower V-6 and nine-speed automatic transmission and not the turbocharged 2.0-liter four-cylinder from the Acura RDX. The Passport will be available in front- and all-wheel-drive models and in trim levels ranging from somewhat basic to full-on luxury. A Sport model with blacked-out wheels, grille and trim will also be offered. With identical tow ratings, it will be interesting if the Passport’s estimated $3,000-$4,000 lower base price (it arrives next spring) will cannibalize Pilot sales, however the Passport is perhaps more likely to attract buyers in need of more room than the smaller Honda CR-V provides. 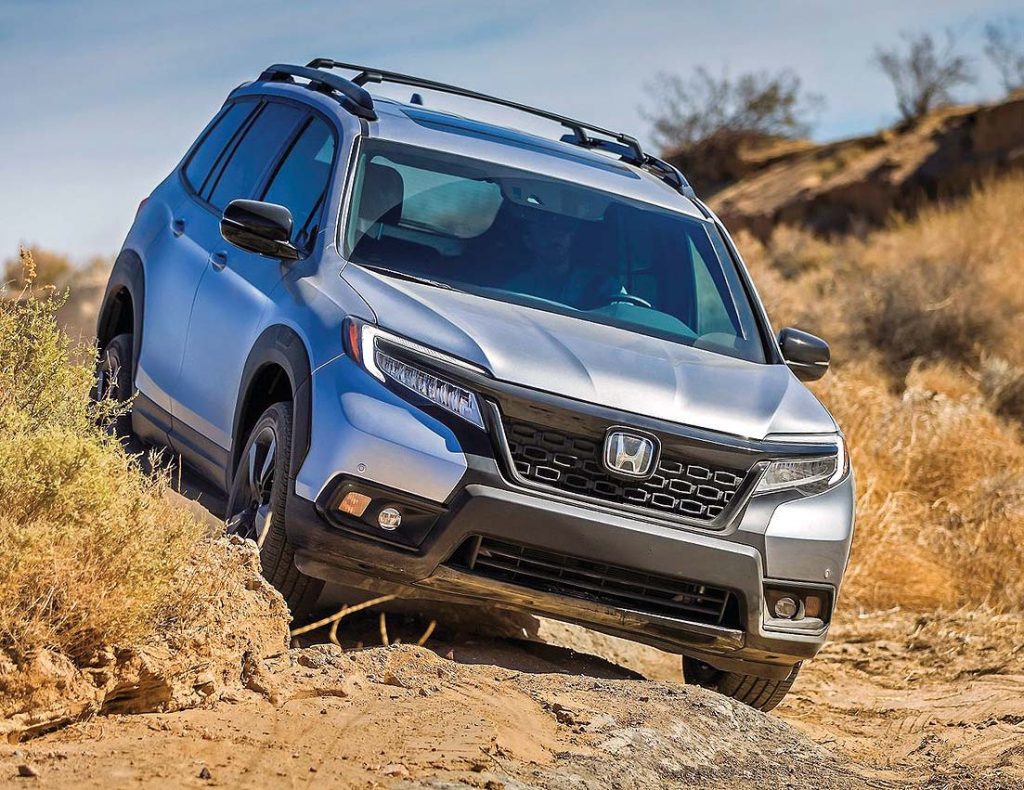 The new Honda Passport is smaller than the Pilot and perhaps even a bit more off-road capable. PHOTO: HONDA