Recently, the Japan-based automaker revealed two images that represent future battery-electric two-seaters. One is of a flagship model, presumably replacing the mid-engine hybrid Acura NSX that retires this year. The second appears to be a front-motor model, which could represent something similar to the Honda S2000 roadster that was retired after 2009. Apparently both would not be built on the General Motors’ Ultium platform, which Honda will tap for other models. There’s no word as to a launch window for the sports cars, but production is likely at least three to four years away. 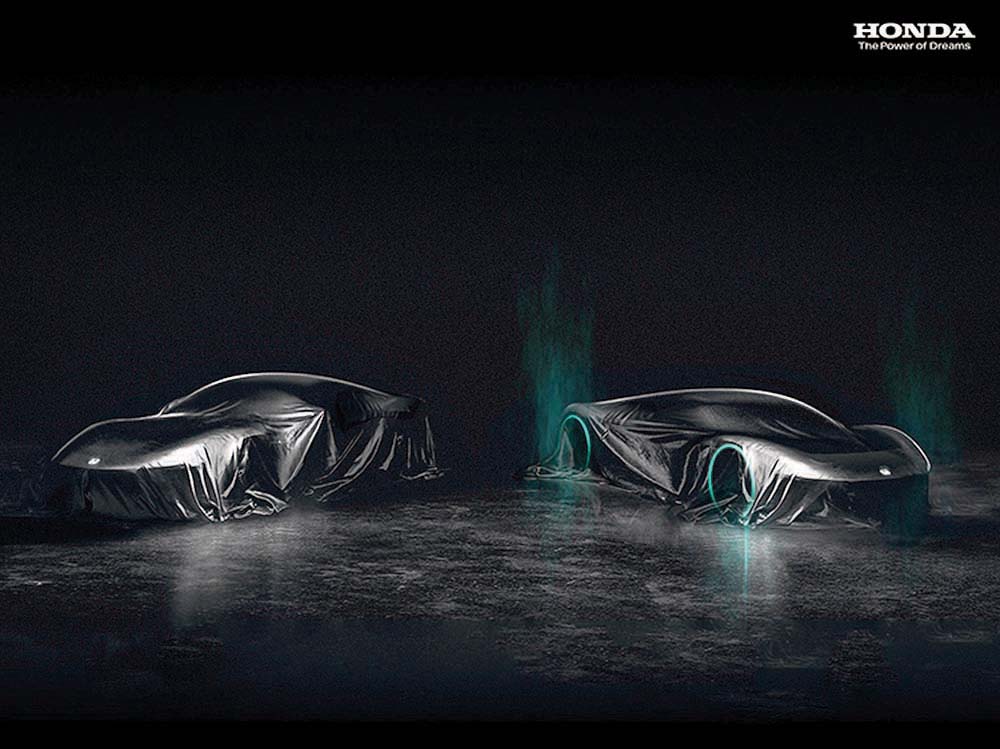 Honda’s new sports cars will be electric. At the left is a front-engine design, while at the right is a midengine design, possibly a replacement for the Acura NSX.
RENDERING: HONDA