Based on a recently released rendering, the upcoming Prologue appears to follow the hatchback design path that many other automakers are taking. It will also use General Motors’ Ultium electric vehicle platform, which supports upcoming Chevrolet, GMC and Cadillac models. Honda’s Acura division will launch its own version in 2024. That model will be built alongside the Cadillac Lyriq, while the Prologue will be assembled in Mexico. Honda also says its future EV lineup will include two sports cars, one of which is rumored to use the Acura NSX name. 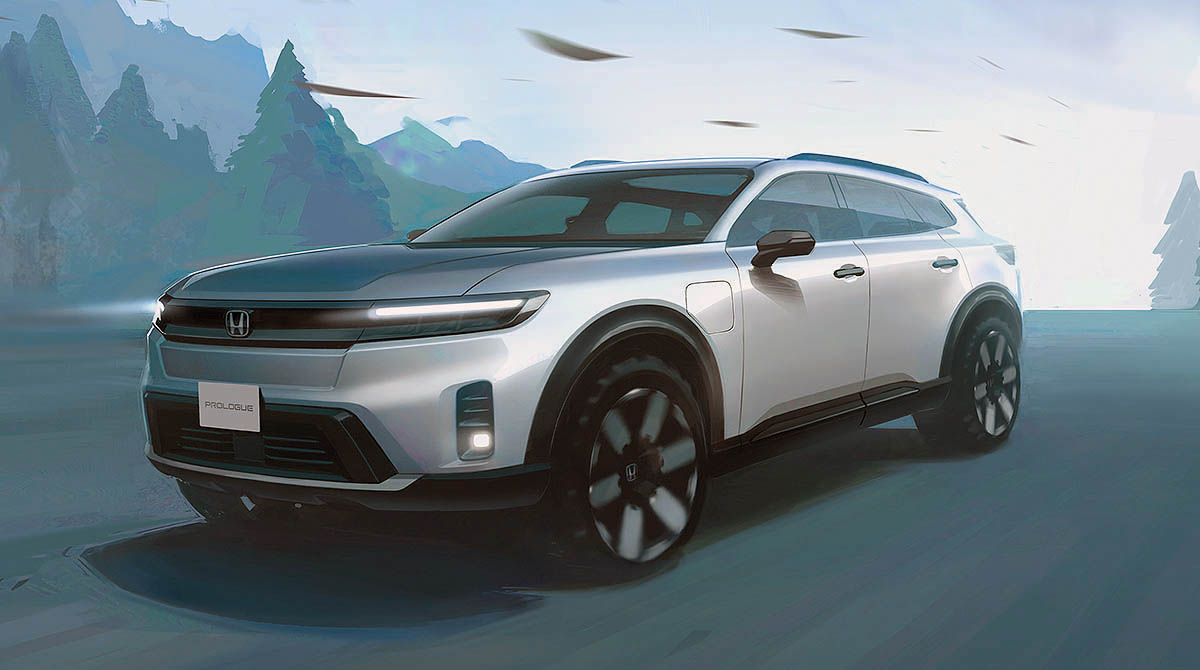 Honda released an illustration of the Prologue, the company’s first electric vehicle. It will be built using the General Motors Ultium battery platform. ILLUSTRATION: HONDA