Months ago, The Spy Guy reported that airless tires were going to be made available in the near future. That future appears to be close at hand as General Motors says it will begin testing Michelin airless-tire prototypes on a number of Chevrolet Bolt electric cars. Called Uptis (which stands for Unique Puncture-proof Tire System), the tires have been in development for the past decade, but apparently won’t go into full production until 2024. Instead of a tradition sidewall, Uptis uses exposed flexible webbing. The tread wraps around the outside. Aside from no more flat tires or having to maintain proper inflation pressures, the claim is greater tread life, less weight and less material used. There should also more available trunk space since there is no need for a spare tire. 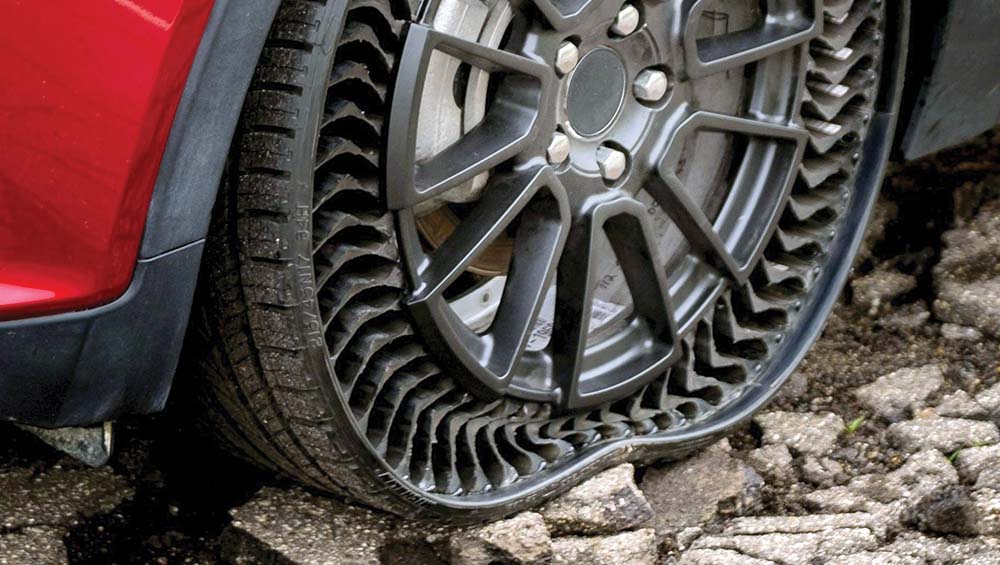 A tire that doesn’t require air can’t go flat, at least in the traditional sense. Michelin has been working on an airless design for years and now General Motors is going to test it. PHOTO: MICHELIN

The Raptor could soon have more teeth: